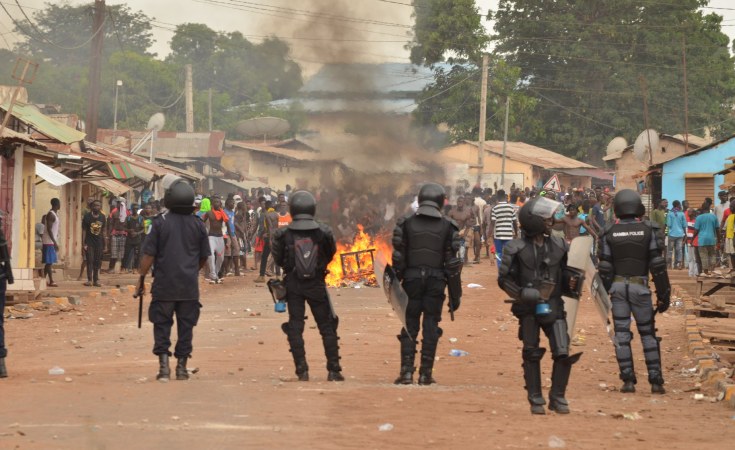 More than twenty-eight people have been admitted at the Brikama Major Health Centre including three babies.

This happened as a result of the firing of tear gas by members of the Police Intervention Unit (PIU) to scatter the protesters who were unbending in their protest.

Several arrests have been made by the police since the start of the protest by youths expressing anger over the way the Brikama Area Council has been handling their affairs since taking over.

Lamin Sanyang, the Officer in Charge (OIC) of the health facility told this reporter that it was difficult to tell the exact number of registered casualties as more and more were being brought into the centre. However, the Foroyaa reporter was able to speak to 28 patients who were injured during the protest.

Sanyang said: "So far, there have not been any major casualties; all the patients we have received sustained minor injuries. Some of them are disturbed by tear gas."

Mother of a 9 -month old baby in an interview explained how her baby got into trouble as a result of the tear gases that were fired by the police. She detailed that she shut their doors and put on their electric fan to enable them to breathe.

"When I got out telling the officers to control the tear gas they were releasing, I was informed that my baby is in comma. This is how he was taken to the health centre by the Red Cross," she said.

Lamin Tall, one of the protesters said they planned to begin the protest at 10 am and participants were expected to gather at the Jah Oil Petrol Station where they would have walked to the Brikama Area Council and expressed their dissatisfaction. He said they were disappointed when they saw the police as early as 6 am who later interrupted all their plans.

Police could be seen mounting guards at strategic locations in Brikama, while the protesters burnt tires and were throwing stones at the police causing the injury of several people including a PIU Officer and a thirteen-year-old girl name withheld.

"I don't know who stoned me and I don't know where the stone came from," the 13 - year told Foroyaa, adding that "as I was standing watching the protest, a stone came down on my head. I then fell and I was brought here (at the health centre)."

Teenage students who were in their school uniforms were also part of those admitted at the heath facility due to the indiscriminate release of tear gas. One of them told Foroyaa that she was on her way to school, but was disturbed by the tear gas.

The protest, according to the demonstrators, was prearranged to manifest their dissatisfaction over what they called the poor management of the Brikama Area Council. They said the Council has failed to provide the area with good roads, standard markets and garbage collection system. In addition, the protesters said the people of the Region pay rates to council and yet they do not realize the benefit of being tax complaint. They also said the region has a poor drainage system as well. They concluded that the authorities are not sensitive to the plight of vendors. 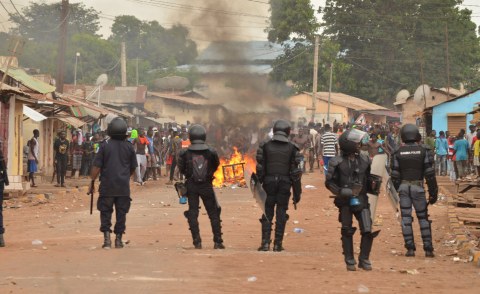