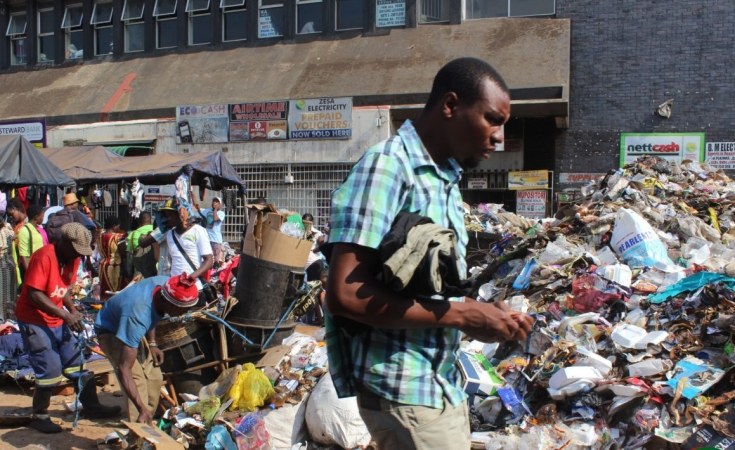 263Chat
Typhoid is spread by eating or drinking food or water contaminated with the feces of an infected person.
The Herald (Harare)
By Blessings Chidakwa

Harare has recorded at least 858 new typhoid cases in the last six months, with the city also battling a surge in diarrhoea cases, council reveals.

The local authority has acknowledged that it is to blame for outbreak of water-borne diseases due to its failure to constantly supply clean water and delays in attending to sewer bursts or leakages.

The hardest hit areas were Glen View and Budiriro, where water samples from wells showed that the precious liquid was contaminated with faecal matter.

In a report following a recent special council meeting, Harare Town Clerk Engineer Hosiah Chisango noted the number of diarrhoeal and typhoid cases in the city was still "too high".

Eng Chisango also noted that the usual drivers of water-borne diseases were still present in Glen View, Budiriro and other suburbs.

The Director of Health Services had activated the rapid response teams and the preparedness for diarrhoeal diseases in the city, he said.

"The city has the capacity to diagnose diarrhoeal outbreaks. The laboratory capacity is, however, limited as the laboratory consumables are lowly stocked due to their (limited) availability on the local market. Staffing and transport challenges hinder adequate city-wide surveillance."

"Water sampling of wells in Glen View was done and the results showed that the wells are contaminated with faecal matter as Escherichia coli was isolated in all the wells," said Eng Chisango.

The Town Clerk cited a number of factors contributing to the water-borne diseases outbreak.

"The drivers for water-borne diseases (cholera and typhoid) have been water cuts or availability of municipal water, contaminated, sewer bursts or leakages, use of shallow wells, illegal vending of cooked food, attending gatherings during an outbreak, poor hygiene practices and household contact to a case," he said.