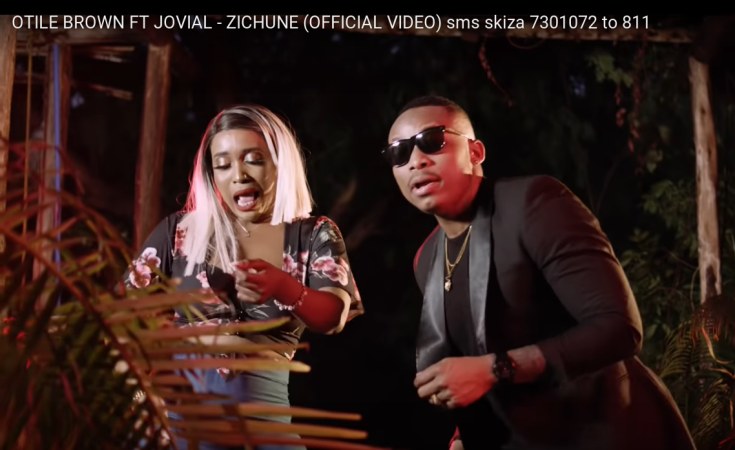 In the last one month, the two artistes have caused a buzz in the entertainment industry with the release of their two collabos Zichune and Amor.

The two hits have been well received with each amassing more than 700,000 views on YouTube so far.

With their new-found chemistry, Otile was inspired to start his record label 'Just In Love Music' with Jovial being his first signing.

And to show he meant business, Otile went on to gift Jovial with a brand new car.

However, their relationship has deteriorated in recent days to an extent Jovial chose to walk out of the label.

However, Jovial has said she and Otile are all good but confirmed that she has indeed left Just In Love Music.

"That's true I have left the label after a misunderstanding with Otile over some issues I felt weren't right. But we are still cool with each other," Jovial told Nairobi News.

Otile Brown is yet to comment on the matter.