Lesotho: I Will Fight Mahase to the Bitter End - Hlaele 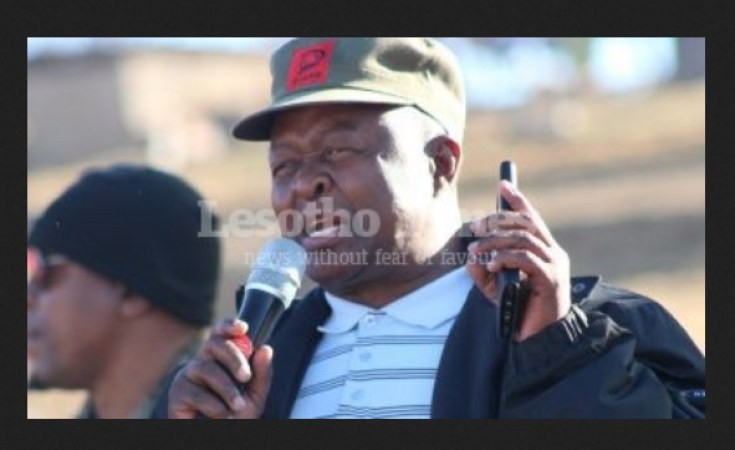 All Basotho Convention (ABC) secretary Lebohang Hlaele has vowed to fight Acting Chief Justice 'Maseforo Mahase and ensure she is never appointed to the top post on a substantive basis.

Mr Hlaele accused Justice Mahase of bias against him and the rest of the Professor Nqosa Mahao-led faction in its fight for control of the ABC with party leader and Prime Minister Thomas Thabane.

He said he was not scared of the acting chief justice and he had taken his fight with her to the Judicial Service Commission (JSC) to discipline her over her alleged misconduct.

He said this while addressing ABC supporters at a weekend in Likhoele, Mafeteng.

"I am not scared of Mme 'Maseforo whom I now call comrade because she has become a politician," Mr Hlaele said. She knows that I am not scared of her. In fact, I have made it my project to fight her to the end.

"I have reported her to the JSC. We will fight our battles through the courts of law. I don't care who she is or who is behind her. The position she is occupying is not hers but (suspended Chief Justice) Nthomeng Majara's until government has decided on her fate. She (Justice Mahase) has ruined her chances of ever occupying that position permanently because of her bias and involvement in politics."

Last Thursday, Mr Hlaele wrote to the JSC demanding that it urgently sets up a tribunal to impeach Justice Mahase over her alleged impropriety in the handling of cases relating to the power struggle in the fractious ruling party.

Mr Hlaele alleged that the overall conduct of Justice Mahase in all the cases involving the ABC "warrants swift disciplinary action to be taken against the learned judge".

"I strongly contend that the learned judge has clearly put the entire judiciary into disrepute and I am prepared to give evidence under oath in motivation of this complaint. I am also prepared to tender comprehensive affidavits of other parties who were witnesses to all the transgressions of the learned judge in the recent cases involving the ABC," Mr Hlaele states in his 11 July 2019 letter to the JSC.

His attacks on Justice Mahase came against the background of the top judge's 4 July 2019 interim order which barred him and others in the Mahao camp from holding a special conference to determine the fate of "suspended" ABC leader Dr Thabane.

The Mahao camp had planned to convene the special conference on Saturday 6 July 2019 to deliberate on the fate of Dr Thabane who they recently "suspended" for allegedly bringing the party into disrepute through his failure to accept them as the legitimate NEC in line with a 12 June 2019 High Court ruling. In addition, the special conference would have discussed the ABC power struggle. The Mahao camp was however, forced to abort the conference due to Justice Mahase's 11th hour interdict.

The Mahao camp, which was also "expelled" from the party by Dr Thabane, was also barred by Justice Mahase from holding rallies, presenting themselves as members of the ABC's NEC and from "using in any manner whatsoever any colours, flags, emblems of the ABC".

Mr Hlaele and the rest of the Mahao camp were not only peeved by the adverse judgement but also by the manner in which it was issued. Not only did Justice Mahase turn down their application for her to recuse herself from the case that had been brought against them by Dr Thabane and deputy secretary general Nkaku Kabi, they were also left seething by the judge's refusal to hear the case in an open court last Thursday.

However, the quintet complied with Justice Mahase's order barring them from dressing up in the party colours. They wore their regular clothes to the rally.

"She forgot to order you to refrain from referring to me as a member of your executive committee. She has also not barred me from speaking during the party rallies which are convened by you. I will only stop if she bars me from doing so."

Prof Mahao also sarcastically remarked that he had been unsure about what to wear as some of his traditional blankets presented to him by the party's supporters would be taken to be ABC regalia.

"I had trouble selecting clothes to wear to the rally this morning. I wanted to wear a blanket that I was given as a present at our Mantšonyane constituency rally but I was not sure if it belonged to the ABC. 'Maseforo said we should not wear party regalia," Prof Mahao said sarcastically.

Political Infighting Turns Deadly in Lesotho
Tagged:
Copyright © 2019 Lesotho Times. All rights reserved. Distributed by AllAfrica Global Media (allAfrica.com). To contact the copyright holder directly for corrections — or for permission to republish or make other authorized use of this material, click here.