Africa: The WHO Wants to Rid the World of Hepatitis By 2030 - Why It's a Tough Ask 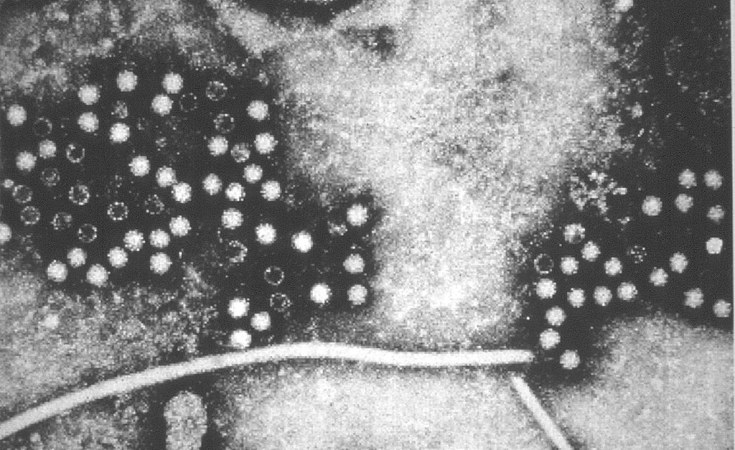 Four years ago the World Health Organisation (WHO) rolled out its global strategy to eliminate hepatitis by 2030 four years ago. Known as a "silent killer" disease, hepatitis is a viral disease that causes inflammation of the liver.

Hepatitis is a major public health burden. In 2015 the WHO estimated that 328 million people globally were living with hepatitis B and C. In the same year there were 1.34 million deaths from viral hepatitis. That's higher than deaths caused by AIDS and comparable to TB fatalities. It's the seventh leading cause of death worldwide. In sub-Saharan Africa, hepatitis B is the most common form of the illness. Last year it was reported that 6.1% of the population was infected.

The key strategy for managing hepatitis B is prevention by being vaccinated. Hepatitis B is also manageable, through oral anti-viral drugs which in most cases must be taken for life. This is because the treatment, in most people, only leads to the suppression of the virus and not its complete eradication. To prevent its progression, the recommendation is that treatment begins within the first three months of infection.

Many countries in sub-Saharan Africa have made vaccination and post-infection therapy available. But the number of those infected annually and dying from viral hepatitis remains high.

The WHO's 2030 deadline is feasible. But it may not be achieved because of the prevailing low vaccination coverage in sub-Saharan Africa coupled with limited healthcare budgets that are unable to make diagnostics and treatment available to all.

There are different forms of hepatitis, ranging from A, B, C, D, and E. Each is caused by a different type of virus. Unfortunately, most people who have the most serious forms of the disease - particularly the B and C viruses - are unaware of infection. This allows the infection to spread unchecked, leading to serious damage to the liver. This means that the organ can't carry out its main function which is to filter blood coming in from the digestive system before directing it to the rest of the body, and detoxification.

Part of the plan calls for the effective prevention of new infections through a universal roll-out of the hepatitis B birth-dose vaccine, ensuring that all children receive their vaccines on time, increased access to affordable diagnostics to identify Hepatitis B-infected individuals, and improve linkages to care and antiviral therapy.

The low prevalence of chronic hepatitis B infection in children younger than 5, estimated at 1.3% in 2015, can be attributed to the widespread use of the hepatitis B vaccine. However, while the health body recorded a 43% birth dose vaccination rate globally in 2017 (against its 50% target by 2020), sub-Saharan Africa still presents a challenge: there, vaccination coverage is at 10%.

But the number of those infected annually and dying from viral hepatitis remains high because there's a lack of awareness about infection status, the rapid spread of liver disease and limited treatment options, particularly in developing countries. In the developed world, liver transplant is sometimes used as a form of therapy for those at an advanced stage of infection.

There are, however, positive developments. For example, the cost of treatment in the past three years has greatly reduced due to generic manufacturing. This and other initiatives to expand access make affordable diagnostic and treatment services for many more in developing countries a possibility.

Many countries have included the global strategy's initiatives in their national hepatitis elimination plans and stepped activities to ensure prevention through vaccination and making drugs readily available in public health facilities.

In sub-Saharan Africa, Uganda presents a success story of what is possible as one of the first countries in Africa to fund domestic initiatives to eliminate hepatitis. Through community mobilisation and awareness and a free hepatitis B screening campaign in 2015, people were screened and those found to be positive can now receive treatment.

The East African country recently convened a regional stakeholders' forum to rally more support towards the prevention and elimination of hepatitis. This was the first such meeting in the WHO's Africa region. Such gatherings serve to provide avenues for sharing best practices, as seen in Uganda.

But more partnerships and greater domestic and international funding efforts are needed to promote prevention, diagnosis and treating efforts. Public-private partnerships are critical to efforts to eliminate hepatitis, as elsewhere in the health sector.

Given the reduced funding for global health, it is important that governments create opportunities for private-sector investors to support access to diagnostics and treatment. These, together with national vaccination and awareness campaigns with emphasis on hard to reach populations will help to ensure that "no one is left behind", in the spirit of reaching the 2030 goals.

In addition, there is need for more evidence on existing services, pathways and barriers to access to diagnostics and care. Aggregation of data in-country (at the sub-national and national levels) and integrated testing for HIV and hepatitis (7.4% of people living with HIV are also infected with hepatitis B) should also be rolled out in many more countries.