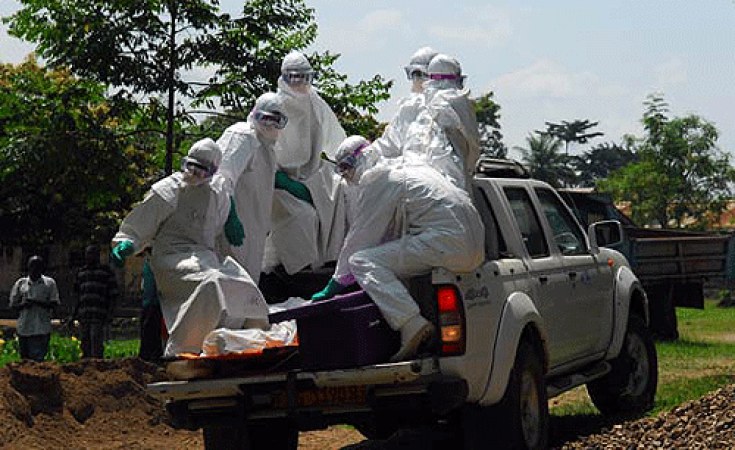 Following the completion of the recommended 42 days without any new Ebola case since the first Ebola cases last month, Uganda has been declared Ebola-free by the World Health Organisation (WHO).

In a joint press statement signed by Dr Jane Ruth, the Health minister and Dr Yonas Tegegn Woldermariam, WHO country representative to Uganda states that Uganda has completed the recommended 42 days a country is supposed to be declared Ebola-free.

On June 11, government and WHO declared an outbreak of Ebola in the country, after confirmation of a case of a 5 year-old boy who'd travelled to neighbouring Democratic Republic of Congo (DRC) for burial of a relative. Upon return in Uganda, the boy developed symptoms and was confirmed to be the country's first confirmed case.

His 3 year-old brother and 50 year-old grandmother would also succumb to the deadly virus a few days later. Since then, however no any other new cases have been confirmed. All those who came into contact with the family were isolated, vaccinated and effectively treated.

Aceng said Uganda is safe and all national and international travelers are free to travel to and within the country. According to the International Health Regulations (IHR) 2005, movement of people from one place to another within the country and between countries is not restricted during disease outbreaks.

"There are no confirmed cases of Ebola in Kasese district or in any other part of the country, however, the outbreak continues to escalate in neighbouring Democratic Republic of Congo (DRC) with which Uganda shares a long and porous border. This, therefore, means Uganda is still under EVD threat and the ministry of Health remains on high alert for any eventualities," said Aceng.

Aceng said that all travelers from DRC are still being screened at the health desk at Entebbe International Airport and at all border entry points in high-risk districts.

"Though the country has been declared free, the ministry of Health will continue to implement different measures to detect any possible Ebola importation since Uganda's good track of record in managing Ebola and in all previous outbreaks the disease was contained within the outbreak areas." Aceng added.

Since the Ebola outbreak in DRC last year, there have been 2526 confirmed cases, 94 probable cases, 2620 total cases and 1762 deaths as of 24 July 24 according to figures from WHO.

How Ebola Outbreaks Helped Uganda Respond to Covid-19 Pandemic
Tagged:
Copyright © 2019 The Observer. All rights reserved. Distributed by AllAfrica Global Media (allAfrica.com). To contact the copyright holder directly for corrections — or for permission to republish or make other authorized use of this material, click here.