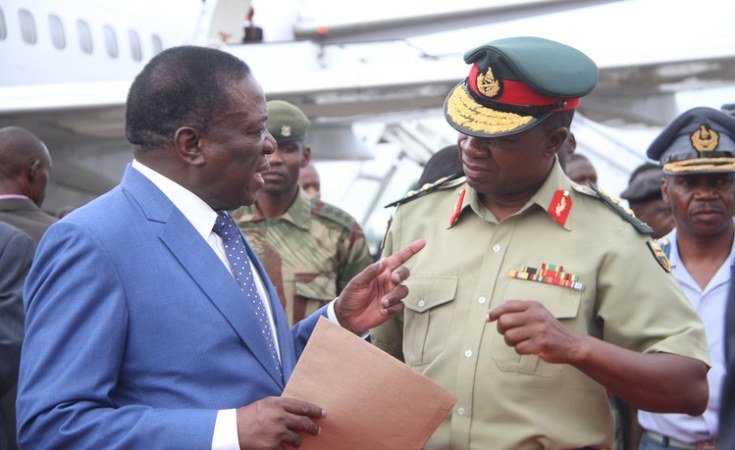 Positives realised by President Emmerson Mnangagwa's administration following the removal of his predecessor Robert Mugabe have been overshadowed by failure to respect human rights and define the role of the military in governance.

In its latest report, the Washington based mission, through US Deputy Secretary of State for African Affairs Johnnie Carson, called on Mnangagwa to implement political reforms in order to move the country forward.

"The delegation heard reports of low levels of trust in government institutions due to insufficient public outreach and systematic intimidation of opposition and civil society activists, mismanagement of public funds and poor governance marked by inflation, currency instability and shortages of fuel, food and medicines were also issues that were brought to the attention of the delegation.

"These serious issues overshadowed many of the positive actions taken by the government since the 2018 harmonised elections," said Carson.

"The delegation strongly urges the government to continue to advance security and legal reforms that guarantee citizens' constitutional right to freedom of expression, freedom of association and peaceful assembly."

According to Carson, positives noted include steps to enact a comprehensive legislative agenda by the Justice Ministry, Parliament, Zimbabwe Electoral Commission and Information Ministry.

Mnangagwa has taken steps to repeal the much vilified Access to Information and Protection of Privacy Act (AIPPA) and Public Order and Security Act although critics argue government had done no more than change the names of these laws.

Mnangagwa's administration is struggling to shrug off a pariah State tag left by predecessor Mugabe who ran the country to the ground over three decades characterised by a weak economy and disregard for basic human rights.

Earlier, NDI Regional director for southern and east Africa Dickson Omondi raised concerns over the sustained involvement of the army in civilian matters such as protests.

"The delegation heard multiple concerns about the role of the military in putting down public demonstrations and its expanding influence in government operations.

"Citizen groups expressed deep concern about the violence that transpired on January 14 in which the security forces reportedly used excessive force to break up demonstrations by the Zimbabwe Congress of Trade Unions (ZCTU)," said Omondi.

Omondi questioned government's sincerity to investigate the perpetrators of the deadly violence in August last year and the implementation of the Motlanthe Commission of Inquiry.

"Though the Motlanthe Commission was a positive step, the failure of the government to take any public or visible action towards the perpetrators of the August 1 shootings reinforces a culture of impunity and overshadows any progress that has been made so far," he said.

In the aftermath of the killing of six people by the military after protests broke out over delays in announcement of election results, Mnangagwa set up a commission of inquiry headed by former South African President Kgalema Motlanthe to investigate circumstances around the incident.

Motlanthe recommended, among other things dialogue, compensation for victims of the army shootings and criminal charges against perpetrators.

74 Zimra Officials Arrested for Corruption Since 2018

Zimbabwe's Registrar General Arrested on Abuse of Office Charges
Tagged:
Copyright © 2019 New Zimbabwe. All rights reserved. Distributed by AllAfrica Global Media (allAfrica.com). To contact the copyright holder directly for corrections — or for permission to republish or make other authorized use of this material, click here.