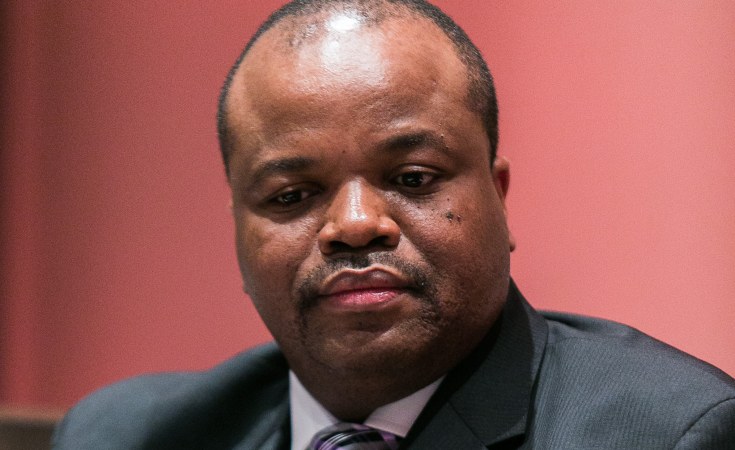 Nurses in Swaziland / eSwatini are angry that the government has ignored their petition calling for urgent action to fix the kingdom's broke health system.

One of their leaders, Swaziland Nurses Association President Bheki Mamba, said conditions were getting worse and 'patients were now dying before their very eyes'.

Patients in hospitals are being left unfed, medicines of all descriptions have run out, broken equipment is not repaired and nurses and other public servants have not been paid cost-of-living salary increases.

The Swazi Government which is not elected but handpicked by absolute monarch King Mswati III is broke and owes suppliers E3 billion (US$215 million). Many have refused to do further business until bills are paid.

Workers marched on government on 21 June 2019 to deliver a petition calling for it to prioritise the hiring of nurses and for the health service to be adequately funded. It gave the government one month to act and threatened to 'render the health sector unworkable' if it did not act.

Mamba told the Swazi Observer "Up to now, we have not received any invite to discuss the situation as the PS [Principal Secretary] promised when we gave him the petition. Similarly the prime minister's office has not responded, which is a clear indication that they don't take the health situation seriously.'

He added, 'Patients simply starve to death from lack of food. They can't take any medication without having eaten.'

Local media reported in the past that many people, including children, have died as a result of medicine shortages.

The Observer added, 'Nurses sent a strong warning, promising to do all they can within their power to expose the real situation to the world; to report government's failure to address a problem of crippling drug shortages.

'The nurses have vowed to come all out and beg the international community for assistance, including with money, just to save the health system.'

The Observer reported, 'The nurses said the ministry lied to the nation, saying it was sending drugs and supplies yet it was only sending allegedly expired nevirapine drugs for new-borns and Panados.

Ministry of Health Communications Officer Nomfundo Dlamini said the ministry had now scheduled a meeting with the nurses' association.

The health crisis has been getting worse over recent years. Patients in public hospitals across the kingdom are not being fed properly because suppliers refuse to deliver food until they are paid by government. Points have been set up across Mbabane, the Swaziland capital, to collect food donations from the public to feed hospital patients.

The food problem is one of many facing the health service. There are shortages of many drugs across the kingdom. Last month (June 2019) it was reported drugs to treat HIV infection were not available in most hospitals and clinics across Swaziland which has the highest rate of HIV infection in the world. As of 2017, 27 percent of the population, or 210,000 people, were infected.

Other drugs in short supply include those for sexual transmitted infections, epilepsy, hypertension and diabetes. Cancer patients are also being left untreated.

It is not only a problem of drugs. Hospital equipment, including at intensive-care units at Mbabane Government Hospital, has also not been maintained and cannot be used.

In June 2018 it was revealed there were only 12 working public ambulances in the whole of Swaziland because the government failed to maintain them. It had bought no new ambulances since 2013.

Tagged:
Copyright © 2019 Swazi Media Commentary. All rights reserved. Distributed by AllAfrica Global Media (allAfrica.com). To contact the copyright holder directly for corrections — or for permission to republish or make other authorized use of this material, click here.