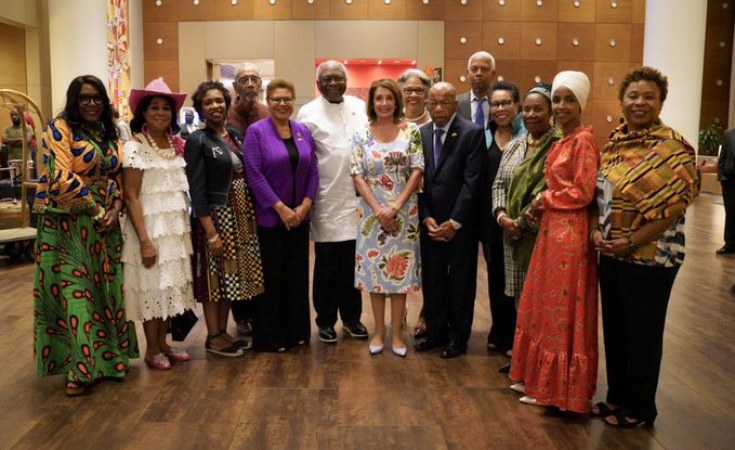 “In preparation for our trip to Ghana, the delegation received an in-depth mission overview of U.S. Army operations in Africa led by Major General Roger Cloutier, Commanding General U.S. Army Africa.  The briefing covered terrorist threats and other formidable challenges facing African nations that threaten not only Africa, but global security and stability.  The delegation also received a detailed update on security cooperation initiatives, joint exercises and other efforts by U.S. Forces to build host nation capacity and improve security on the continent

“Our delegation was privileged to extend our thanks and pride to the men and women in uniform working to advance US and regional security efforts on the continent of Africa.”

We Salute Ghana For Work in Global Peace - U.S. Speaker Pelosi
Tagged:
Copyright © 2019 United States Congress. All rights reserved. Distributed by AllAfrica Global Media (allAfrica.com). To contact the copyright holder directly for corrections — or for permission to republish or make other authorized use of this material, click here.