Malawi: MCP, Utm Hit Back At DPP Over Demos 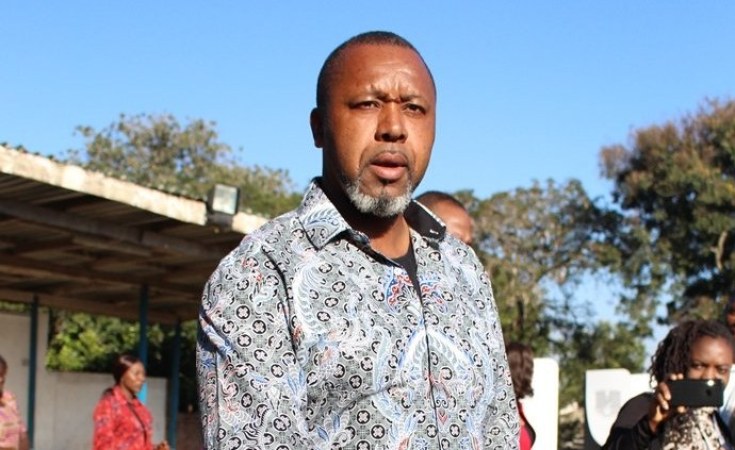 The opposition Malawi Congress Party (MCP) and UTM Party have hit back at the ruling Democratic Progressive Party (DPP) for suggesting to police to arrest the opposition leadership for allegedly plunging the country with violence, saying the DPP just wants to divert people's attention from the escalating political crisis.

MCP leader Lazarus Chakwera addresses the protesters in Blantyre, July 25, 2019, where he said he would not relent until justice is done.-Photo by Lameck Masina, VOA

On the other hand, peaceful protests organisers, the Human Rights Defenders Coalition (HRDC) says they have nothing to do with the vandalism of property, blaming the police for failing to protest lives of people and their property.

MCP and UTM leadership has bene joining HRDC organised demonstratons demanding the resignation of the head of the Malawi Electoral Commission (MEC), Jane Ansah. They accuse her of mismanaging the May polls.

The DPP on Saturday issued a statement, blaming the MCP, UTM and HRDC for the current wave of violence which has led to vandalism of property and beating of the ruling party cadets in some instances.

But HRDC member Luke Tembo said the rights body has nothing to do with the violence and the vandalism.

"It is the duty of the police to protect people's lives and property, this is why we inform them before any peaceful protest.

"If the police fail to protect people's lives and property, then they are to blame. We, as HRDC, organize peaceful demos, the violence is done outside the demos," said Tembo.

MCP publicity secretary Maurice Munthali said the party president Lazarus Chakwera and other party officials and supporters join the demonstrations because it is their right as enshrined in the Republican Constitution.

He said the constitution does not bar politicians or parties from participating in peaceful protests.

"The DPP just want to divert people's attention from the political crisis the country is going through but we are not intimidated," said Munthali.

UTM publicist Joseph Chidanti Malunga said the DPP should blame the police for its failure to protect people's lives and property during the demos.

"The DPP should stop pointing their fingers at the opposition on issues which have to do with the police. UTM will continue participating in the demos," said Malunga.

Runners-up Lazarus Chakwera of MCP and Saulos Chilima of UTM are challenging the election results in court, alleging ballot-stuffing and the use of Tipp-Ex correction fluid to change votes.

Chakwera told reporters during Thursday's protest in Blantyre that he will not relent until justice is done.

"We will pursue the matter which is in court, and we will leave it to the judiciary to do that they know to do. But right here we are pleading and asking and requesting and demanding that those who miscarry the past election in terms of its administration have to step down."

Chilima Says Demos Must Go On