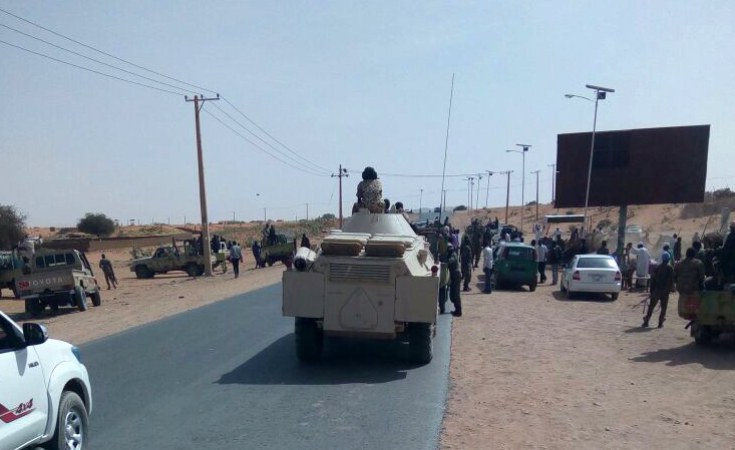 Khartoum — There have been several arrests of senior officers in the army and the security forces following the foiled coup d'état led by the former head of Sudan's Joint Chiefs of Staff, Gen Hashim Abdelmutaleb.

As reported yesterday by Radio Dabanga, the new putsch was led by the head of the Joint Chiefs of Staff with support for some 'leaders of the ousted regime' and elements of the Islamist Movement.

Coup leader Abdelmutalab and a number of senior army officers and leading figures of the former regime were detained immediately for interrogation following the coup attempt.

The detainees now include more generals, including the commander of the armoured corps, Maj Gen Nasreldin Abdelfattah, and the commander of the Central District, Maj Gen Bahar Ahmed, as well as leading figures of the deposed Omar Al Bashir regime, and Ali Karti and Zubeir Ahmed El Hasan of the Islamist Movement.

In total, some 54 people with ties to the Islamist movement and the National Congress Party of ousted Omar Al Bashir were reportedly detained.

The campaign of arrests occurred simultaneously with the dismissal of civil servants and staff of financial companies and banks who are closely related to the former regime.

Five Protesters Shot Dead in Sudan
Tagged:
Copyright © 2019 Radio Dabanga. All rights reserved. Distributed by AllAfrica Global Media (allAfrica.com). To contact the copyright holder directly for corrections — or for permission to republish or make other authorized use of this material, click here.