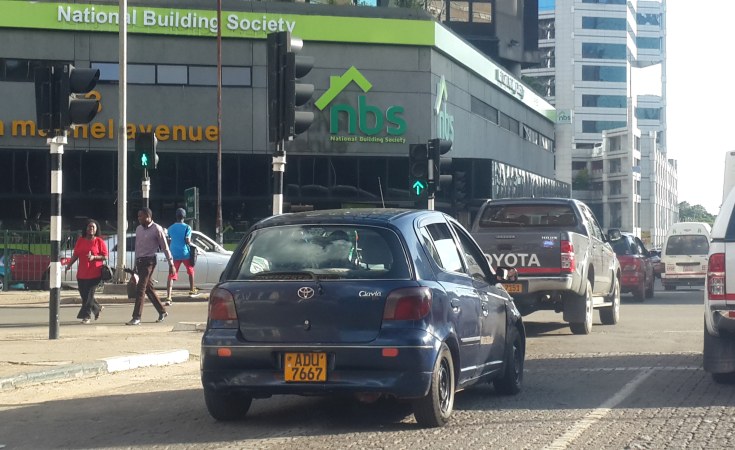 Zimbabwe has struggled since longtime ruler Robert Mugabe's reign came to an end in 2017. Analysts describe President Emmerson Mnangagwa's first year in office as a period of indecisive and experimental policies.

Inflation in Zimbabwe has spiked at 175%, with fears of a return to the conditions of 2008, when the country recorded the world's highest rate for the year -- with the percentages for some months in the hundreds of millions. The costs of living have once again become unbearable for most ordinary people. Food is more expensive, and aid organizations are expecting acute shortages as a result of crop failure after Cyclone Idai in March.

"Politicians have failed us. Our economy is down. There are no jobs," Hayden Sibanda, a bus attendant in central Harare, told DW. "Those available are not paying enough."

Zimbabweans can hardly afford basic food, Sibanda said. "Most people are surviving on one meal a day," he added. "Breakfast is now a luxury. You eat once in the afternoon or evenings. One can probably sleep hungry.

It all started in January, when the government decided to increase the price of fuel by 130%. Then, Zimbabweans protested the price hike -- along with increasing levels of poverty, the poor state of the economy, and declining standards of living.

As the year progressed, several policy changes were effected without proper consultation. Chief among those decisions was the ban on the official use of the US dollar and other international currencies.

The government imposed the ban and announced the return of the Zimbabwe dollar, which had been abandoned following a dramatic loss in value in 2009. "The government has been experimenting with several policy measures," the Harare-based economist Prosper Chitambara told DW.

"They are behaving like a drowning person who is clutching at straws," Chitambara said, referring to the authorities. "Most of the policies that have been implemented are ad hoc, latching from one policy measure to another without addressing the structural policy impediments."

Analysts cite lack of social cohesion as one of the most significant setbacks in reviving the country's economy. Though Mnangagwa has tried to woe international investors through his "Zimbabwe is open for business" rhetoric, this has yielded few results.

The political analyst Alexander Rusero told DW that much of the slow progress boils down to a lack of confidence, both on the domestic front and internationally. "The issue of dialogue in my view becomes very important because Zimbabwe is a highly divided society," Rusero said. He added that no reasonable investor or government would believe in Mnangagwa -- nor do almost half of Zimbabweans.

Councils Under Fire Over Water Crisis

Harare Has Enough Water for Seven Days - City Council
Tagged:
Copyright © 2019 Deutsche Welle. All rights reserved. Distributed by AllAfrica Global Media (allAfrica.com). To contact the copyright holder directly for corrections — or for permission to republish or make other authorized use of this material, click here.