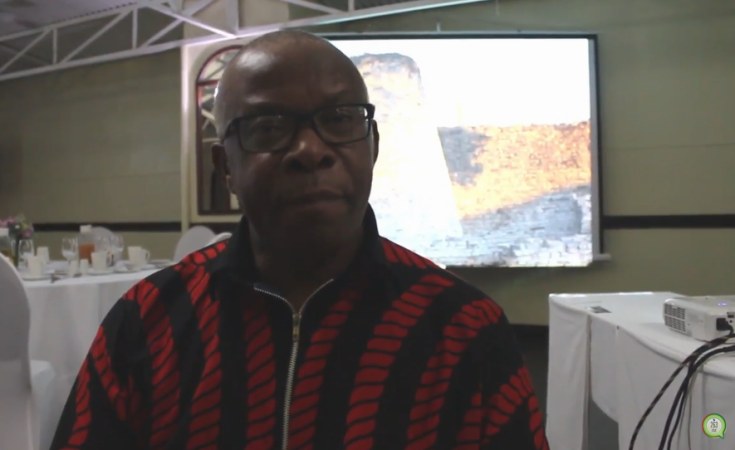 263Chat
Daves Guzha is a prominent Zimbabwean artist with a long and distinguished career both on stage and on screen.
New Zimbabwe (London)
By Robert Tapfumaneyi

Legendary film director Davies Guzha and three of his colleagues were arrested Sunday morning by officers from Police Law and Order Section on allegations of screening a film that has not been approved the Censorship Board.

“They are being accused of contravening a section of Censorship and Entertainment Control Act.

“The police are saying that they unlawfully screened a film which was not approved by the Censorship Board last Thursday at Theatre in The Park,” said Shoko adding the four have since signed warned and cautioned statements were released into the custody of their lawyers.

They will report at CID Law and Order Monday morning.

Guzha whose plays have always been controversial he remains unshaken by the arrest.

“We remain bemused with this provocative and uncalled for assault on our freedom of expression and thought as well as on cultural and creative bonafide individuals and institution which are trying to do their bit in giving hope in sustaining an already stressed sector,” Guzha saidin a statement.

In the play, Patrice the mother to Jeral Muchisoni, Zimbabwe’s ambassador to Pakistan is a retired professor with time on her hands.

In a somewhat overzealous and amateurish way, she antagonises the Islamic community around her, by imposing Christianity on Muslim children.

In the aftermath of her brash actions, Nontokozo, her only grandchild, is kidnapped, and a shadowy rebel group massacres thousands of schoolchildren.

The massacre comes after another devastating attack in the east arena and as things unfold new imperatives emerge.

At the centre of all the carnage is Rashid, the Lord of Kush, calculating and merciless.

Inevitably, in the commotion that breaks out, serious questions around the things that can be done arise.

Previous Story
Next Story
Lord of the Kush Movie Sold Out

Lord of the Kush Movie Sold Out

Mnangagwa's First Year in Office Marked by Repression - Amnesty
Tagged:
Copyright © 2019 New Zimbabwe. All rights reserved. Distributed by AllAfrica Global Media (allAfrica.com). To contact the copyright holder directly for corrections — or for permission to republish or make other authorized use of this material, click here.