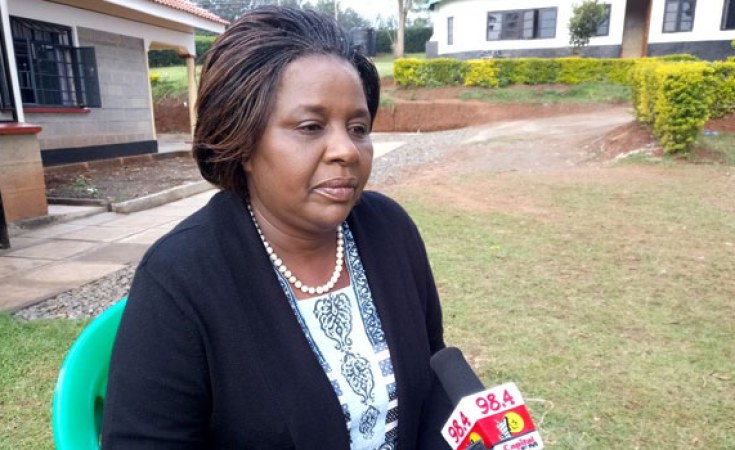 Bomet Governor Joyce Laboso has died of cancer at the Nairobi Hospital aged 58.

Laboso had sought treatment in the United Kingdom and India since May 29 before returning home on July 14.

Her body has been moved to the Lee Funeral Home.

Politicians, family, friends and government officials are visiting the funeral home to view her body.

A former university lecturer, Dr Laboso trounced governor Isaac Ruto to become one of three women elected governors in 2017, four and a half years after devolution was introduced. The others were Kirinyaga's Anne Waiguru and Kitui's Charity Ngilu.

President Uhuru Kenyatta sent his condolences, saying she was in icon of women leadership.

"I have received the sad news of the passing away of Bomet Governor Dr Joyce Laboso with utter disbelief. Dr Laboso was an icon of women leadership in our country. May God grant the family, residents of Bomet and all Kenyans the fortitude to bear the big loss," he said.

Before she was elected governor, Dr Laboso served as the Sotik MP, having been elected following the death of her younger sister Lorna Laboso in a plane crash on June 10, 2008.

The younger Laboso was killed alongside former Minister for Roads Kipkalya Kones when their plane crashed into a building in Enosupukia, Narok County.

Dr Laboso also served as the Deputy Speaker of the National Assembly in the 11th Parliament.

Her husband said she had been unwell for long but preferred to keep it hushed until her final days.

"She had been in pain and was not talking at the time of her demise," Mr Abonyo said.