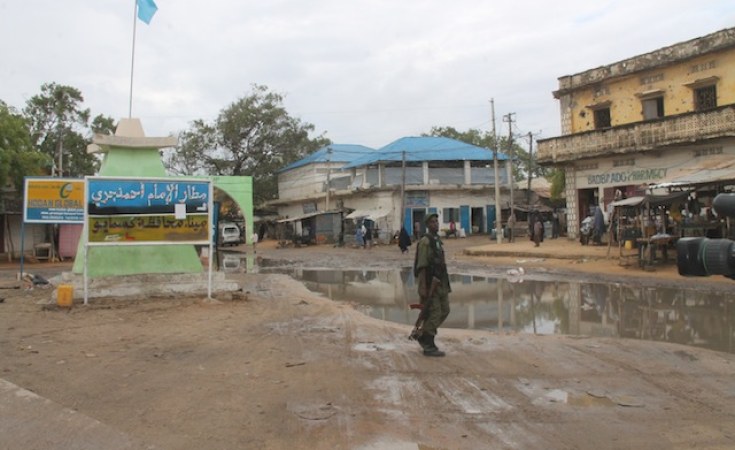 Nairobi — The United States forces in Somalia have continued to launch more airstrikes in the lawless country to restore order after increased attacks from Al Shabaab militants in recent weeks.

The latest airstrike at the weekend targeted ISIS terrorists in the Golis Mountain region, killing one of their key facilitators, according to the US Africa Command.

"The Federal Government of Somalia and the United States will continue to disrupt terror organization operations and degrade their capabilities whenever possible," he said in a statement.

In collaboration with Somalia forces and the Africa Union Mission in Somalia (AMISOM), the US has committed to continue with campaign, to degrade the terror group's capabilities even further.

Kenya Defence Forces (KDF) are part of AMISOM forces hoping to restore order in Somalia, after a decade of instability.

In recent weeks, dozens of people--including Kenya, Americans and Britons have been killed in attacks targeting hotels and government installations in Somalia.

Somalia's instability continues to be felt far and wide within the region, with Kenya suffering the most.

While the intensity of attacks originating from Al-Shabaab have drastically reduced, they continue to launch pockets of fatal assault in Kenya.

The largest attacks was In April 2015, when gunmen stormed the Garissa University College, killing almost 150 people and wounding several others- majority were students.

Mogadishu Blast Victims to Be Airlifted to Abroad for Treatment

Al-Shabaab Steps Up Executions Amid U.S. Airstrikes
Tagged:
Copyright © 2019 Capital FM. All rights reserved. Distributed by AllAfrica Global Media (allAfrica.com). To contact the copyright holder directly for corrections — or for permission to republish or make other authorized use of this material, click here.