South Africa: Parliament to Abide By High Court Ruling, Will Not Take Action Against Gordhan Yet 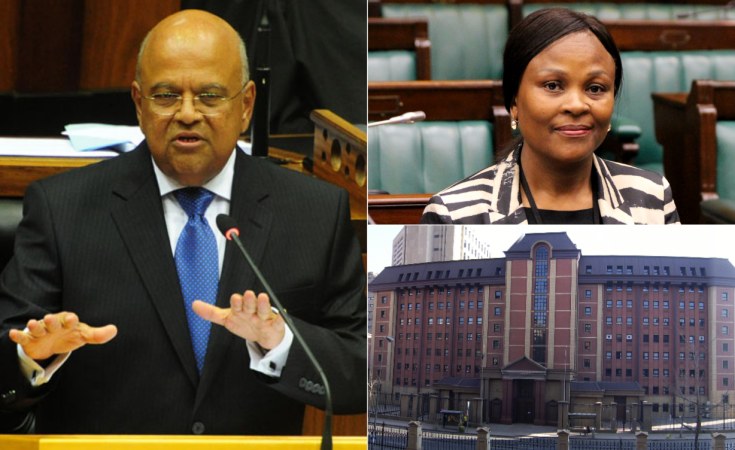 On Monday, Parliament spokesperson Moloto Mothapo said it would comply.

"In her remedial actions, the Public Protector directed the speaker to, within 14 working days of receipt of her report, refer Mr Gordhan to the joint committee on ethics and members' interests.

"The court today ruled that the remedial action should be suspended, while Mr Gordhan seeks a full judicial review of the Public Protector's report on the South African Revenue Services Investigative Unit," the statement read.

Last Tuesday, Gordhan applied for an urgent interdict to suspend the remedial action in the SARS so-called rogue unit report against him while he seeks a full judicial review.

Judge Sulet Potterill had handed down the decision. In her judgment, Potterill established that Gordhan had a prima facie right for the remedial orders to be suspended, pending a court review of the report.

Earlier this month, Mkhwebane found the establishment of the unit in 2007 was illegal and that it had conducted unlawful intelligence while Gordhan was the tax agency's commissioner at the time, Fin24 reported.

Gordhan's legal team argued he would continue to "suffer baseless, but engineered, reputational damage" if the remedial action was not suspended, pending a full review of the report.

He further advanced that the SARS unit was legally established and the appointment of former deputy commissioner Ivan Pillay without any qualifications was justified as he had spent his formative years fighting in the anti-apartheid struggle.

In the statement from Parliament, Mothapo continued that "the speaker of the National Assembly, who was cited as the fourth respondent in today's matter, had filed a notice to abide".

Meanwhile, the EFF promised it would continue its bitter fight against Gordhan "to the end" in the hope that the Public Protector's remedial actions against the minister would be implemented.

The party said it would appeal the order at the Constitutional Court.

Court Judgment Against Mkhwebane Reaffirms SACP Stance Against Her