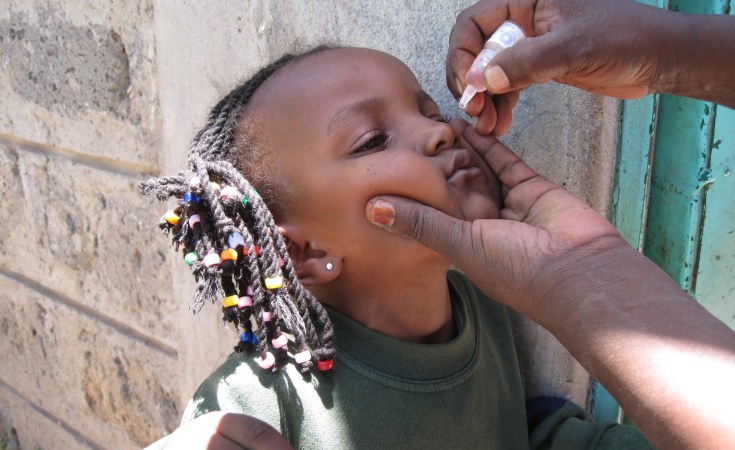 Uganda's Health Ministry will in September launch a campaign using a new combination vaccine against measles and rubella (MR) on children.

The government has procured at least 20 million doses of the MR vaccine with $19 million financial support from the Global Vaccine Alliance. The vaccination exercise targets more than 18 million children aged between nine months and 14 years.

"An increasing number of unvaccinated children has led to measles outbreaks in several districts across the country," said the United Nations Children's Fund (Unicef) Uganda representative Doreen Mulenga. "By vaccinating every child on time, we will avert the spread of these dangerous diseases and many preventable child deaths and birth defects."

First reported in Kampala and Wakiso districts two years ago, the two diseases have spread to at least 62 districts, 25 of which have been affected by Rubella alone.

"This means that our coverage is still low. We are not reaching above the 90 per cent target and there are people in communities who could potentially spread the diseases," said Health Minister Dr Ruth Aceng at a meeting with resident district commissioners who will monitor the vaccination exercise.

Globally, more than 400 children die every day from measles while about 280 babies are born with serious heart defects known as congenital rubella syndrome (CRS). But the World Health Organisation monthly measles update shows that the data could be an underestimation.

"The number of reported cases is a small proportion of the actual number of cases occurring in communities. Many people do not seek healthcare or diagnosis are not reported," reads WHO's monthly update for July.

The measles virus can be contracted up to two hours after an infected person has left a room. It infects the respiratory tract, potentially killing malnourished children or babies too young to be vaccinated. It could also cause complications including blindness, encephalitis, severe diarrhoea and severe respiratory tract infections such as pneumonia.

Rubella on the other hand is a viral infection that is particularly dangerous for adolescents and pregnant women. A woman infected with the virus early in pregnancy has a 90 per cent chance of passing it to her unborn child, leading to the death of the foetus or serious birth defects, such as deafness, blindness and CRS.

Ebola's Not The Only Deadly Virus in DR Congo
Tagged:
Copyright © 2019 The East African. All rights reserved. Distributed by AllAfrica Global Media (allAfrica.com). To contact the copyright holder directly for corrections — or for permission to republish or make other authorized use of this material, click here.