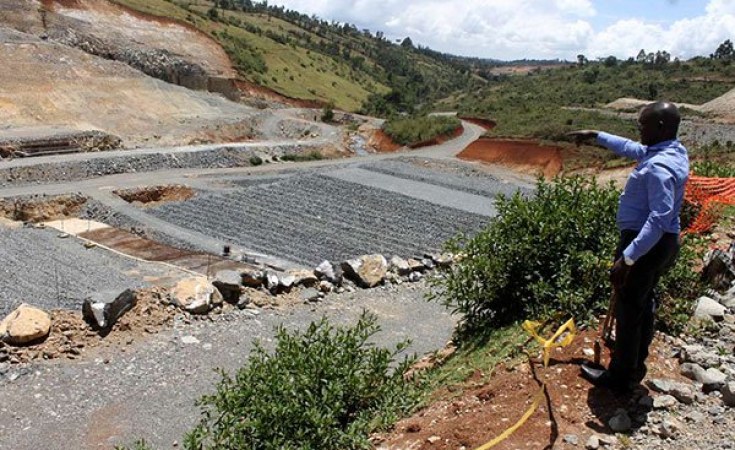 John Njoroge/Daily Nation
Site in Nakuru where Itare dam is to be constructed by CMC di Ravenna (file photo).
The Nation (Nairobi)
By Brian Wasuna

A week after police arrested government officials over the Sh63 billion Arror and Kimwarer dams scandal, a huge row is simmering between broke Italian firm CMC Di Ravenna and its local creditors who have been asked to wait for two years before getting paid.

The row signifies the magnitude of the scandal which has seen the prosecution of former Finance Cabinet Secretary Henry Rotich, his Principal Secretary Kamau Thugge and senior managers of Kerio Valley Development Authority.

It has also emerged that the construction company could be much more indebted than previously thought.

Six Kenyan firms have opposed plans by the firm to leave its local creditors at the mercy of Italy's courts where it has filed for bankruptcy.

While this revelation was made in CMC's proposal to repay creditors, there are fears that the company might leave Kenyan firms in a financial quagmire.

CMC has filed an application seeking to have the bankruptcy proceedings in Ravenna recognised by Kenyan courts, which would force local creditors to abide by the court ruling in Italy.

But Siginon Group argues that Kenya's quest to recover funds already paid out to CMC Di Ravenna will be hampered as local authorities will also be at the mercy of the Italy proceedings.

"The jurisdictional authority over CMC's assets, including the proceeds allegedly paid out to CMC for the construction of Arror and Kimwarer dams and all outstanding sums due to creditors in Kenya, would be subjected to the jurisdiction of a foreign court," Siginon Group says.

Siginon has also faulted CMC Di Ravenna for failing to disclose the proposals it made to Italian courts, arguing that the secrecy has denied local creditors the opportunity to make informed decisions on how to proceed.

Though Siginon has not revealed the nature of its debt, investigations had revealed that 10 vehicles CMC Di Ravenna bought were stored at Siginon's Jomo Kenyatta International Airport warehouse.

Another 17 vehicles were stored in another warehouse owned by Mitchell Cotts.

CMC has suggested that expenses deductible before tax estimated at €49.191 million be paid in full, then creditors can be catered for afterwards.

Warrants of Arrest Issued Against Italians in the Dams' Scandal