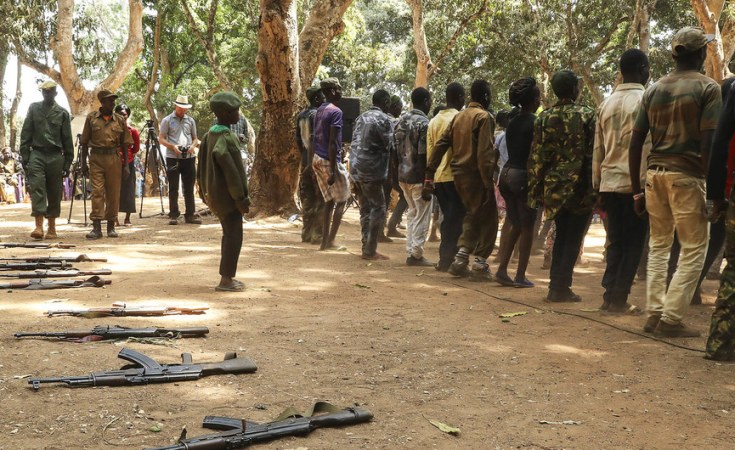 In the 20 conflict situations monitored in the 2018 edition of the Annual Report of the Secretary-General on Children and Armed Conflict, released Tuesday, more than 12,000 children were killed or maimed that year.

A ‘disheartened’ Secretary-General António Guterres said that he was “particularly appalled” by the unprecedented numbers of grave violations committed against children.

Children continue to be used in combat, particularly in Somalia, Nigeria and Syria: some 7,000 have been drawn into frontline fighting roles around the world, during 2018. They also continue to be abducted, to be used in hostilities or for sexual violence: more than half of the 2,500 reported cases were in Somalia.

Some 933 cases of sexual violence against boys and girls were reported, but this is believed to be an under-estimate, due to lack of access, stigma and fear of reprisals.

Attacks on schools and hospitals have decreased overall, but have intensified in some conflict situations, such as Afghanistan and Syria, which has seen the highest number of such attacks since the beginning of the conflict in the country.

“It is immensely sad that children continue to be disproportionately affected by armed conflict, and it is horrific to see them killed and maimed as a result of hostilities”, said the Special Representative of the Secretary-General for Children and Armed Conflict, Virginia Gamba. “Parties to conflict must protect children and put in place tangible measures to end and prevent these violations”.

Detention and release of children involved in conflict

Rather than being seen as victims of recruitment, thousands of children around the world were detained for their actual or alleged association with armed groups in 2018: in Syria and Iraq, the majority of children deprived of their liberty are under the age of five.

The report calls on nations to work with the UN to help relocate foreign children and women actually or allegedly affiliated with extremist groups, with the best interests of the child as the primary consideration.

The number of children benefiting from release and reintegration support, however, rose in 2018 to 13,600 (up from 12,000 in 2017). The report recommends increased resources and funding to meet the growing needs, as more children are separated from armed groups.

Three Action Plans to end and prevent violations, and protect children, have been signed, following engagement with parties to conflicts in 2018. The countries involved were the Central African Republic, where two armed groups signed up to Action Plans; and Syria, where the Syrian Democratic Forces (SDF) agreed to a deal.

Progress on increased child protection, and ending child recruitment, has also been made in Yemen and the Democratic Republic of Congo.

In his statement, the Secretary-General reminded all parties to conflict of their responsibility to protect children, adding that they must “refrain from directing attacks against civilians, including children”, and reiterating that “peace remains the best protection for children affected by armed conflict”.

Previous Story
More Than 12,000 Children Killed or Maimed in 2018 Conflicts - UN Report
Next Story
World Has Failed to Protect Children in Conflict in 2018 - Unicef

World Has Failed to Protect Children in Conflict in 2018 - Unicef 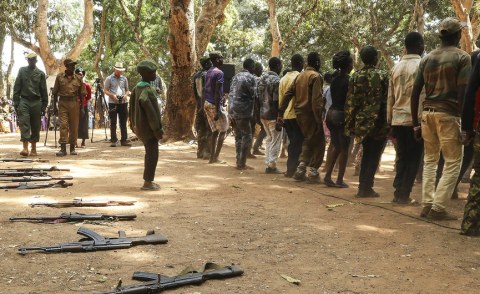 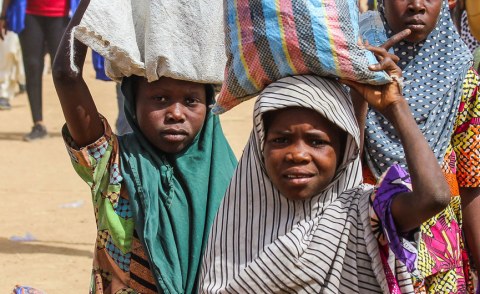 African Children Hungry, Overworked and Fighting For Survival
Tagged:
Copyright © 2019 United Nations. All rights reserved. Distributed by AllAfrica Global Media (allAfrica.com). To contact the copyright holder directly for corrections — or for permission to republish or make other authorized use of this material, click here.