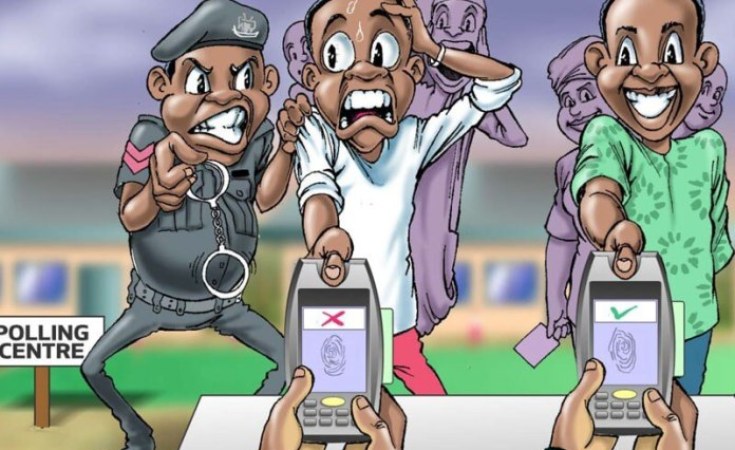 The 2019 general elections did not meet the credibility threshold based on the patterns of abuse of processes and the consequent lack of integrity, the Situation Room has observed in its report.

The Situation Room, a group of over 70 Civil Society Organisations (CSOs) working on credible and transparent elections in Nigeria, said the INEC's operations fell short of its identified role and obligations.

The convener of the group, Clement Nwankwo, revealed this yesterday at a press conference on the 2019 Elections Report of the Nigeria Civil Society Situation Room.

Nwankwo also said, "There should be an independent inquiry into the poor management of the electoral process by INEC," adding that the inquiry "should address among other issues; procurement, logistics management, role of the security agencies and abuse of process by INEC officials."

He also identified the cost of conducting elections in Nigeria as being expensive and not sustainable, adding that national conversation should be opened up on this.

But INEC yesterday insisted that the 2019 general elections were credible despite some challenges.

The Chief Press Secretary to INEC Chairman, Mr. Rotimi Lawrence Oyekanmi, told Daily Trust that he would not agree with what the Situation Room said.

"Yes, there were challenges, some of which were outside INEC's control, but these challenges are not enough for anyone or any organisation to make a sweeping statement that the polls were not free and fair," he said.

"I think this narrows down to the kind of outcomes some people were expecting, and not necessarily the genuine, objective analysis of what really took place. If the results had aligned with their expectations, the elections would be described as "free and fair.

"But now that the results turned out differently in some cases, then the elections are not free and fair. But the general election is not about one particular result. Is the Situation Room saying that all the governors, National and State Assembly members were not duly elected at the polls?" Oyekanmi asked.

Nigerian Court Hears Atiku's Challenge to Buhari Win
Tagged:
Copyright © 2019 Daily Trust. All rights reserved. Distributed by AllAfrica Global Media (allAfrica.com). To contact the copyright holder directly for corrections — or for permission to republish or make other authorized use of this material, click here.