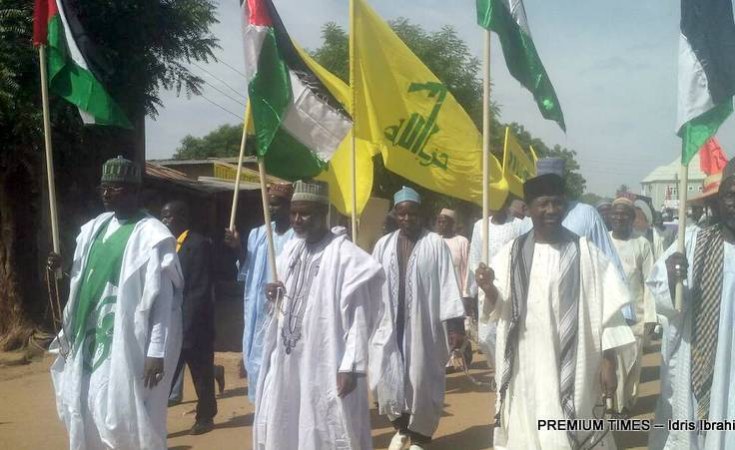 Kaduna — The Islamic Movement in Nigeria is to challenge the court order obtained by the federal government banning the operations of the organisation, Vanguard has learnt in Kaduna.

A senior member of the organisation told Vanguard that a team of legal practitioners is being assembled by the movement for the legal challenge.

The member who craved anonymity because he is not authorised to speak on the matter, however, did not say when the legal process will commence.

But the spokesman of the Movement, Ibrahim Musa confirmed to Vanguard that "we will be in court challenging the proscription".

Musa who spoke to Vanguard through a phone message on the recent accusation by a rival Shiite group that IMN was a fake organisation accused the leader of the rival Shiite sect, Al-Thaqalayn Cultural Foundation, Sheikh Hamza Lawal of being a government agent out to destabilise IMN.

According to Musa, "Hamza Lawal, had failed woefully to create division within the ranks of the Islamic Movement in the past, and the government, especially the Kaduna state governor has been supporting, promoting and projecting. He is not worth being dignified with a response.

"He has been in the corridors of power for a while now and on their payroll to distract attention, cause confusion, and are known by various names in the past - Shia traitors, commercial Shia and the rest.

"When in 2015 government massacred members of the Islamic Movement, they celebrated and rushed to form another organization called SHIMAN to be an umbrella organization to finalize the "burial of IMN" with government support, so as to deceive the public into believing that Shi'ites are not the target. These same government-created "Shia-groups" were again the ones who earlier this year came out to endorse Buhari for another term. Thus Hamza Lawal and his cultural group are a distraction not worth our time".

Previous Story
Knocks for Govt Over Proscription of Shiites
Next Story

Knocks for Govt Over Proscription of Shiites

Court Grants Bail to Shiite Leader, Wife to Go for Treatment
Tagged:
Copyright © 2019 Vanguard. All rights reserved. Distributed by AllAfrica Global Media (allAfrica.com). To contact the copyright holder directly for corrections — or for permission to republish or make other authorized use of this material, click here.

How Ready is Ethiopia for June 2021 Polls?
Religion