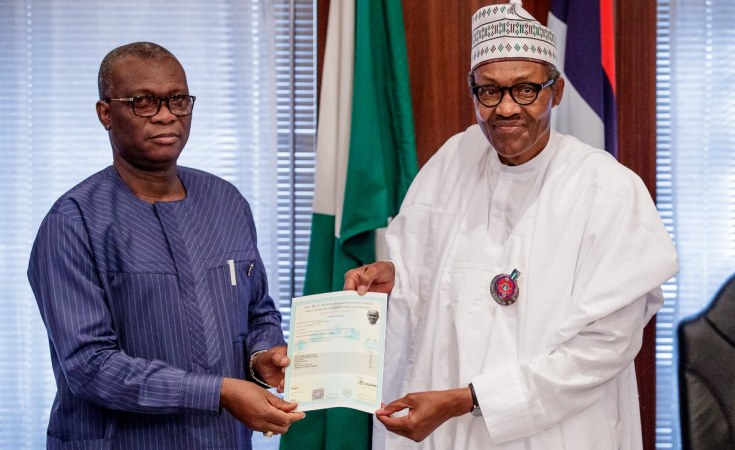 The Deputy Registrar of the West African Examination Council, WAEC, Oshindehinde Adewumi, yesterday, told the Presidential Election Petition Tribunal sitting in Abuja that he was the one that certified President Muhammadu Buhari's statement of results.

However, under cross-examination, the witness, who was subpoenaed to appear before the Justice Mohammed Garba-led five-member tribunal, said he could not confirm Buhari's Cambridge Assessment International Certified Statement Of West African School Certificate issued in 1961, which was earlier admitted in evidence as exhibit R-21.

"This document is not bearing my name or signature. You cannot expect me to certify a document that is not from WAEC. This document is bearing Cambridge Assessment International Certified Statement. It is not a document from the WAEC", the witness insisted.

Meanwhile, the witness had earlier, when he was introduced by President Buhari's lawyer, Chief Wole Olanipekun, maintained that he certified the certificate.

Fielding questions from counsel to the All Progressives Congress, APC, Adewumi told the tribunal that the statement of result Buhari tendered emanated from an examination WAEC conducted in conjunction with University of Cambridge.

He told the tribunal that 18 candidates sat for the exam in 1961, with President Buhari listed as number two.

Adewumi who said he has worked for WAEC for about 30 years, confirmed that Buhari sat for eight subjects, out of which he got five credits in Oral English, History, Geography, Hausa and Health Science.

He said Buhari came out with an aggregate score of 32 and was categorized in Grade 2.

"I confirm that whoever has this result has secondary certificate", he added.

When it was his turn to ask questions, counsel to the Peoples Democratic Party, PDP, and its candidate, Atiku Abubakar, who are the petitioners before the tribunal, asked the witness to spell the name on the certificate.

The witness told the tribunal that the name on both the list of candidates and the certificate was "Mohamed Buhari."

It was at this juncture that the witness sought to clarify that the documents did not emanate from WAEC.

Asked if he had ever worked in University of Cambridge, the witness said: "I have never worked there."

Besides, though Buhari was said to have registered for eight subjects, when he was shown Exhibit R-19, the witness told the tribunal that only six subjects were listed for the 2nd respondent.

Asked if he knew one Dr. Iyi Uwadiae, the witness answered in the affirmative, identifying him as current Registrar of WAEC.

Asked if he was aware that Dr. Iyi had on November 2, 2018, "purported to give President Buhari attestation certificate"?, the witness said: "Yes I am aware."

Nevertheless, he said it was not true that such attestation could only be given when a candidate misplaced or lost his certificate.

Adewumi was the fourth witness, RW-4, President Buhari has produced to testify in his bid to defend the petition challenging both his re-election and the allegation that he lacked the requisite educational qualifications.

Another witness, Mohammed Abba, a Senior Special Assistant to President Buhari, identified the president in a group photograph of the 1961 set of Katsina Provincial Secondary School.

Under cross-examination, he told the tribunal that he has been close to President Buhari for over 30 years, even as he admitted that the result sheet that was tendered before the tribunal was not the same as a certificate.

The RW-5, said he never served in the Nigerian Army, saying he was also not President Buhari's classmate.

He told the tribunal that the fact he deposed to in his witness statement on oath were obtained from Buhari's Curriculum Vitae.

When he was presented with Buhari's CV, Abba, told the tribunal that although schools attended by Buhari were listed, he admitted that no certificate was attached.

However, the witness told the tribunal that there is no difference between Muhammadu and Mohamed.

After Abba was discharged from the witness box, President Buhari called two persons that served as collation agents during the presidential poll, to testify for him.

The witnesses, Mohammed Kwatu, a retired broadcaster in Niger State and Usman Dagona, a businessman in Nasarawa State, maintained that the February 23 presidential election was free and fair.

They told the tribunal that there was no incident of over-voting, insisting that the Smart Card Reader Machines were used for accreditation.

The tribunal adjourned further proceedings till Thursday for President Buhari to call more witnesses to defend the outcome of the February 23 presidential election. 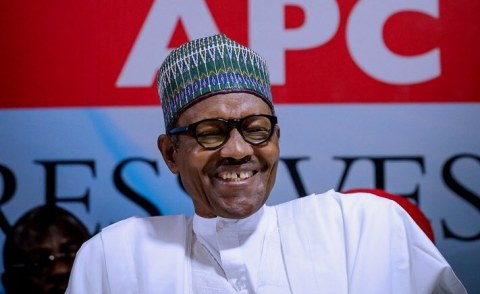 Who's Lying About Buhari's Academic Qualifications?
Tagged:
Copyright © 2019 Vanguard. All rights reserved. Distributed by AllAfrica Global Media (allAfrica.com). To contact the copyright holder directly for corrections — or for permission to republish or make other authorized use of this material, click here.