South Africa: 'What Did She Do to Deserve This?' - Public Protector's Family Worried About Her Legal Fees 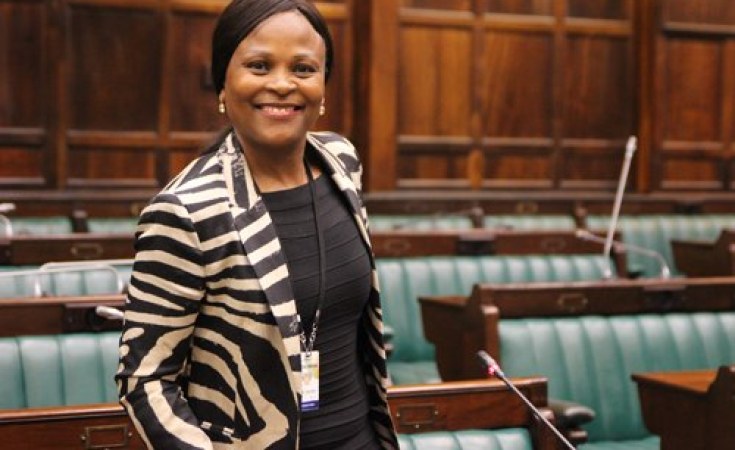 Family members of Public Protector advocate Busisiwe Mkhwebane say they are concerned about how she will manage to pay 15% of the South African Reserve Bank's legal fees in the ABSA/Bankorp matter.

On July 22 the Constitutional Court agreed with the Gauteng High Court in Pretoria that her entire ABSA/Bankorp investigation was flawed, and that Mkhwebane had not been honest during her investigation.

In February last year, Mkhwebane's Bankorp-CIEX report, where ABSA was ordered to pay R1.125bn, was set aside by the High Court.

In a devastating ruling, the court set aside her report, as well as the remedial action she had recommended, and ordered her to personally pay some of her opponents' legal costs.

The legal fees that Mkhwebane is expected to pay from her own pocket are reported to be R900 000.

The judgment sparked calls from some political parties, members of the public and civil society organisations for Mkhwebane to step down.

Mkhwebane's mother, Martha Mkhwebane, told News24 that she could not stop wondering about where her daughter would get the money from.

"The money she must pay is close to R1 million... what did she do to deserve this?" asked the 87-year-old pensioner during an interview at her home in Kwaggafontein in Mpumalanga.

She said she was also irked by some members of the public, civil society organisations and political parties who were questioning Mkhwebane's fitness to hold the office of the Public Protector.

"I don't know exactly what the Public Protector is, but I know that Busisiwe is big and doing a good job out there. As a parent, I don't know what they [those who say Busisiwe must go] expect her to do which is right. I really don't like those talks that she must leave her work. I speak to Busisiwe regularly and I know she is very strong. I also pray every day for my family and ask God to give us strength."

Asked if she still felt proud of Mkhwebane like she expressed when her daughter assumed her duty as Public Protector in October 2016, Martha said: "Yes, I'm still proud but what worries me is that whenever I listen to the news on radio these days, I hear disturbing things about Busisiwe."

Martha said she was grateful for Democracy in Action, a civil society group that is raising funds to assist Mkhwebane to pay the legal fees.

"We speak to her regularly and support her emotionally," said Jeanette.

"Let her do her job. We were surprised and shocked by the court judgment, but we respect the law."

Chairperson of Democracy In Action, Thabo Mtshweni, told News24 on Wednesday that his organisation has raised just over R50 000 for Mkhwebane.

"People donated as individuals and everyone is welcome to pledge. We are very happy because this shows that there are people who support Mkhwebane," said Mtshweni.