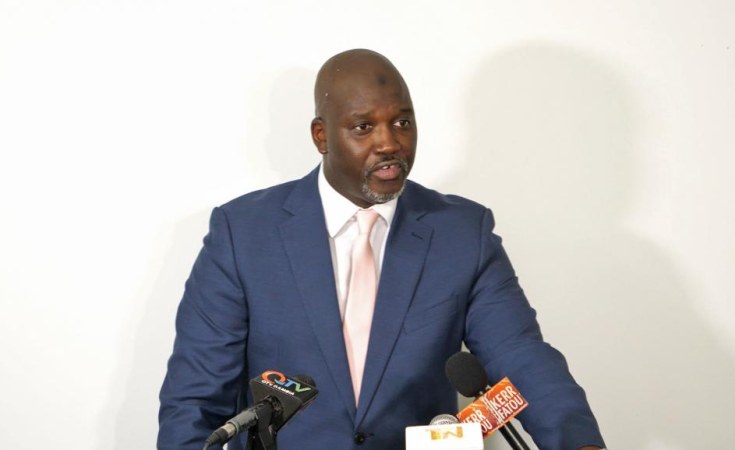 Sergeant Amadou Badjie of The Gambia Armed Forces has told the TRRC that he has participated in the activities of the "Junglers".

"Our team (the 'junglers') was the killers' squad for Yahya Jammeh," he said.

He said he was born on 6th August 1972 in Sanghajor in Foni Kansala District. He said after completing his secondary school education, he became a nursery school teacher briefly in 1992 until 1995 when he joined the Gambia National Army. He said after selection, he began training in September 1995 and completed the military training on 15th December the same year. He said he was posted at the Yundum Barracks, One Infantry Battalion until 2003 when he was transferred to Faraffeni where he was from 2004 to 2007 and brought back to the Yundum Barracks. He said he was at the Yundum Barracks from 2007 to 2009 and was enrolled at the State Guard with the rank of Corporal. He said at the State Guard, Captain Nuha Badjie was his commandant who was also answerable to General Saul Badjie, the head of the Gambia National Guards.

He said General Badjie informed him on his first day that he will be under the Patrol Team of the State Guard.

"Before that, I used to hear about the Patrol Team but I din't know the membership of the team," the witness said, adding that General Badjie told him the Patrol Team patrols the border area.

He said General Badjie told him not to ask any questions on the subject of their missions that they do when he is not included in certain missions. He said the army General stressed that he should not say what they do during missions, even if he is asked.

"I was told whatever the Patrol Team does should remain a secret," he said.

He said he was conveyed to the armoury by Captain Nuha Badjie where he was given his weapon.

"When I started the work, I have never used the weapon to kill any person. Our operations entail killing and kidnapping of people," he said.

He said Nuha Badjie was the commander of the operations of the Patrol Team.

"The orders were coming from Yahya Jammeh. It was conveyed to us through Nuha Badjie who also receives command from General Saul Badjie who speaks directly to Yahya Jammeh," the witness told the TRRC.

On his first operation, the witness said he was informed that the dismissed chief of defence staff, Lang Tombong Tamba was planning to overthrow the Government of Yahya Jammeh and he and his colleagues were assigned to arrest him. He explained that when they went to Lang Tombong's home in Bijilo with the purpose of getting him arrested, they did not meet him at home but Nuha Badjie, the leader of the Operation called Tamba. He said Nuha was able to reach Lang Tombong on the phone who told them that he was on his way coming.

"When Lang Tombong came home, Nuha told him that he was sent to come and arrest him. He was put in Nuha's vehicle and we took him to the NIA headquarters," the witness said.

He said he cannot say what happened to the ex-CDS afterwards because he did not follow him at the NIA headquarters.

"We sometimes wear masks only when our leaders tell us to torture a person or persons who do not give answers that are satisfactory to the members of the panel at the NIA during the investigation," he said.

He told the TRRC that they wear masks so that the person they are beating wouldn't recognize them.

"I know Lang Tombong Tamba was tortured but I did not participate in his torture because I was in the vehicle," he said.

Badjie confessed that he had participated in tormenting people at the NIA.

"When I arrived at the NIA, I heard some NIA (agents) saying 'today it is Baba Leigh's turn," he said, adding that he was not tortured on the first night.

On the second night, he said when they arrived at the NIA office, they climbed to the NIA Conference Hall and waited for some time until a man was brought in. He said the Director-General of the NIA and Nuha Badjie were questioning this man but he was not willing to talk.

He said he participated in another torture involving Imam Bakawsu Fofana.

"When he was brought in, we were given the order by Nuha Badjie to deal with the man. After beating him up to sometime, we would be asked to stop and he will be questioned. We beat the man until after a time and we were asked to go home," he said.

He said: "we tortured them to confess to crimes."

He said these two Imams cried when they were being tortured that night.

He told the Commission that he neither smokes nor drinks alcohol though some of his colleague torturers used to drink and smoke.

He said he was called by Malick Manga who informed him that there will be an operation, adding that he was picked by Sulayman Sambou and they went together to their base around the Senegambia area. He said at the base, he met some of the Patrol Team members including their leader Nuha Badjie.

He said Nuha Badjie informed them that they have an operation in Farafenni and they all went to see their leader, General Saul Badjie and later proceeded to Farafenni.

He said when they arrived at Farafenni, their boss Nuha Badjie, informed them about the mission which was about arresting Ndour Cham, an ex-chief of defence staff. He said Nuha Badjie was communicating to Musa Johnson who confirmed to them that Ndour Cham was at the garden where he was.

"Musa Johnson told them that Ndour Cham was in Farafenni," he said.

He said when they arrived in the garden, they surrounded and invaded it and they met Ndour Cham cooking.

"Musa Johnson used to go to the garden and communicate with Ndour Cham," he said.

He said Ndour Cham was arrested and put in cuff and brought to Kombo. He said when they arrived in Kombo, Nuha talked to General Saul Badjie who instructed him that the arrestee be taken to the NIA annexe in Tanji. He said Ndour Cham was locked up in Tanji and they (Patrol team members) used to exchange duties.

He said he and Pa Sanneh were on duty on the last night Ndour Cham spent at the NIA annexe. He said the then Director of NIA, Yankuba Badjie and General Badjie picked Ndour Cham from the Tanji Annex and from that day to today, he said he has never seen Ndour Cham.

"When they picked Ndour Cham, I thought he was being taken to the NIA because of the presence of the Director-General of NIA," he said.

The killing of Tumani Jallow

He said he was called by Malick Manga and Nuha Badjie while he was in Foni informing him about an operation that was scheduled to be carried out. He said he joined the operation team at the Airport Junction and met other members of the operation team in Brikama. He said they went up to a village called Santanba at the left side of Bwiam and it was there they met Sanna Manjang. He said they went up to a garden where they dug where they covered up the bodies of two corpses. The witness said it was Sanna Manjang who led them to the fence where the two corpses were buried, adding that the fence belongs to ex-President Yahya Jammeh.

He said these two soldiers were killed by members of his team.

He said the two corpses were the bodies of Tumani Jallow who was a soldier and Abdoulie Gaye who was a civilian.

He said on that day, they were in mask and boarded vehicles to the Mile II. He said after these 9 inmates were handed over to them, they proceeded to Brikama at the Lance Corporal Bojang's Range where they killed 8 of the death row inmates. He said one of the inmates was killed at around the airport junction on the instruction of Michael Jatta and Sulayman Sambou who ordered that the man should be killed before reaching the Range. He said the prisoner killed around the airport junction was sitting between him and Omar Jallow.

"I put the plastic bag over his (the prisoner) head and I started to strangulate him but there was a push and pull. Sulayman Sambou came and helped us finished him," he said.

He said at the range, he was used as sentry guard while his other colleagues went ahead to kill the other 8 prisoners.

"I did not hear any gunshots. I believe they were strangled to death," the witness said, adding that their corpses were thrown in a well in Cassamance under the directive of Solo Bojang.

He adduced that at the time of the killing of these inmates, it was done in the presence of Ministers.

Arrest and Execution of two Gambian-Americans

He said one evening, he went to their base together with Sulayman Sambou and later they were informed to prepare for a mission. He said they mounted a checkpoint called 'snap VCP' in the military parlance. He said at the checkpoint, Nuha Badjie informed them that there are two Gambian-Americans who were in the country to unseat the government. He added that after Mamud Jobe and Ebou Ceesay were arrested, they led them to the place they lodged and conducted a search. He said after the search, their leaders came out with foreign money.

Previous Story
The Relevance of the TRRC
Next Story

The Relevance of the TRRC

Jammeh's Hitmen Still Part of Gambian Military - Army
Tagged:
Copyright © 2019 FOROYAA Newspaper. All rights reserved. Distributed by AllAfrica Global Media (allAfrica.com). To contact the copyright holder directly for corrections — or for permission to republish or make other authorized use of this material, click here.