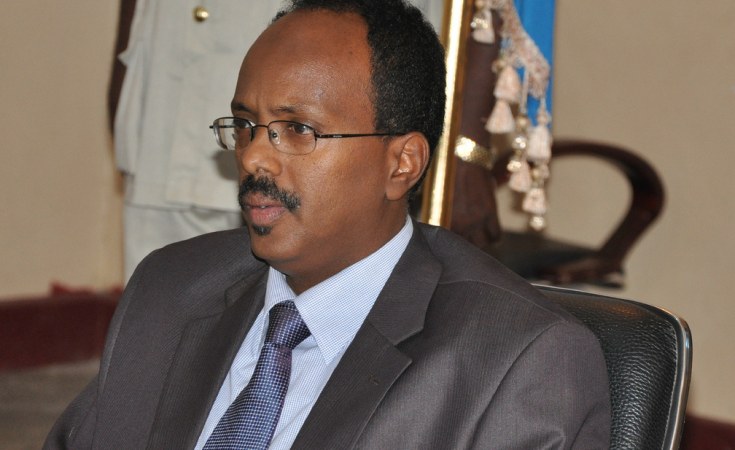 The President of Somalia, Mohamed Abdullahi Mohamed Farmaajo has renounced his citizenship of the United States, according to the humanitarian journalist Moulid Hujale.

Mohamed Abdullahi Mohamed Farmaajo has been serving as the 9th and current President of Somalia since 16 February 2017. He was previously a Prime Minister of Somalia from November 2010 until June 2011 and is the founder and Chairman of the Tayo Political Party.

While dual citizenship is accepted for politicians in Somalia, other African nations that have experienced similar diasporas are not quite as accepting.

In Liberia, politicians and intellectuals have debated for years whether dual citizens should be allowed to hold power, especially after the 2006 election of Ellen Johnson-Sirleaf, the first democratically elected female president in Africa, who has dual Liberian/German citizenship.

Al-Shabaab Claims Deadly Blast That Injured Mogadishu Mayor
Tagged:
Copyright © 2019 Shabelle Media Network. All rights reserved. Distributed by AllAfrica Global Media (allAfrica.com). To contact the copyright holder directly for corrections — or for permission to republish or make other authorized use of this material, click here.