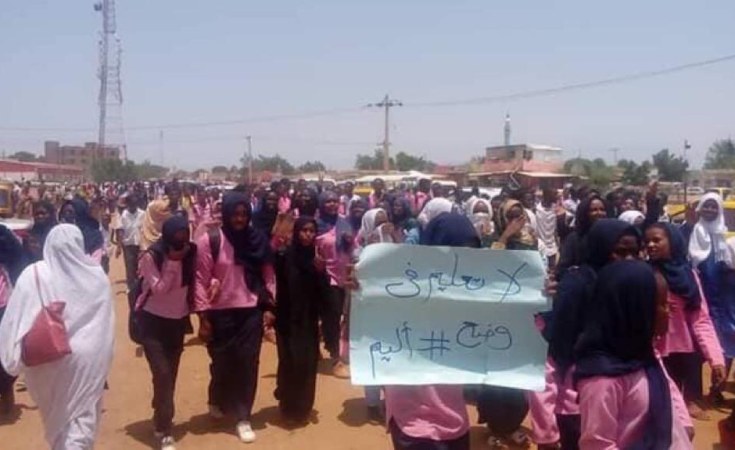 Omdurman — Four people were killed and several others injured today when security forces shot at peaceful demonstrators in Omdurman.

They took part in the Marches of Millions for Fair Retribution. The Sudanese Professionals Association (SPA) had called on Sudanese in the entire country "to participate heavily in the marches on Thursday to demand that perpetrators of crimes be brought to justice".

The Sudanese Doctors' Central Committee reported in a statement this evening that four peaceful protesters were fatally hit by live bullets near the Libya Market in Omdurman. Many people were injured.

The victims were taken to the El Rajhi Hospital in Umbadda. The body of one of the protesters killed, Arafat Ishag, was identified in Dar Es Salaam where he lived. The other three have not yet been identified.

People took to the streets today in Greater Khartoum and in various cities and towns in at least 16 states, in response to the call of the SPA.

On Monday morning, paramilitaries of the Rapid Support Forces shot dead four school students and an activist who took part in a demonstration of secondary school students demanding protesting bread and fuel shortages in El Obeid, capital of North Kordofan. Dozens of others were injured, eight of them seriously.

The Doctors Committee reported on Tuesday evening that a sixth protester died in a hospital in El Obeid.

The ruling military council has suspended basic and secondary school classes until mid-August.

Factions Sign Landmark Sudan Constitutional Declaration
Tagged:
Copyright © 2019 Radio Dabanga. All rights reserved. Distributed by AllAfrica Global Media (allAfrica.com). To contact the copyright holder directly for corrections — or for permission to republish or make other authorized use of this material, click here.