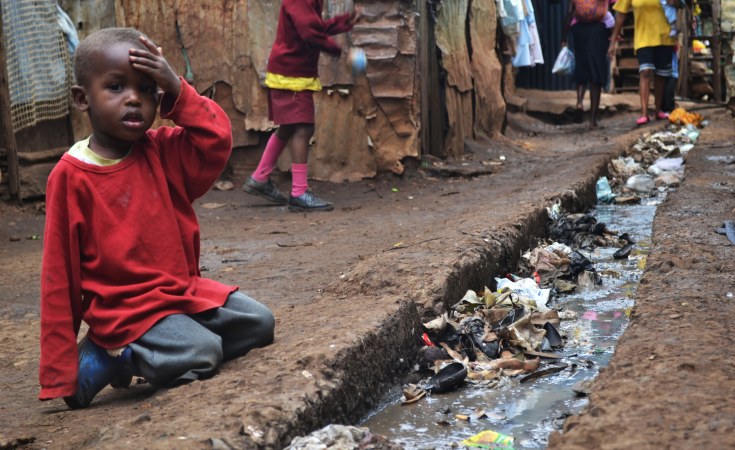 Also, it was learnt that Nigeria ranks second among countries practising open defecation globally, second only to India. It is appalling and requires pragmatic actions very urgently to curtail this problem.

In a layman term, open defecation is the human practice of defecating outside rather than into a toilet. Of course, there are too many risks attendant on this awful practice. Obviously, open defecation has serious economic, social and health effect on the people. An expert in water, sanitation and hygiene who works with the United Nations Children Fund, UNICEF, Mr. Bioye Ogunjobi, said Nigeria loses about 1.3 per cent of its Gross Domestic Product, GDP, amounting to N455 billion annually due to poor sanitation, and that a third of that cost is as a result of the practice of open defecation. He said more than 100,000 children under five years of age die each year due to diarrhoea, of which 90 percent is directly attributed to unsafe water and sanitation. Open defecation is countermining our water and polluting our environment.

A medical doctor, Rafiu Isamotu, warns that open defecation poses danger to human health, especially the children. Rafiu who was a commissioner for health in Osun State noted that it could cause helminths or parasitic worms and the effects would be chronic blood loss, heavy parasitic worms which can lead to malabsorption of nutrient. He explained that this could make the children fall sick and lead to school absenteeism.

Each family compound in Yammawar-Kafawa community has a toilet and the dwellers, including the children, have imbibed the culture of using toilet. No wonder this community was endorsed as Open Defecation Free, ODF, community. As the Chairman of Dambatta LGA, Idris Haruna Zago, promised to deal with open defecation in Dambatta LGA, Governor Abdullahi Umar Ganduje of Kano State must also act very fast in dealing with this scourge state-wide.

Across the country, there are few other ODF communities, but it is just a drop in the ocean considering the fact that 47 million people in the country still do open defecation. According to UNICEF, out of 774 local government areas in Nigeria, only 13 of them in just four states have attained Open Defecation Free status and these include two in Bauchi State, one in Benue State, four in Jigawa State and six in Cross River State. I'm excited to hear that Ifedayo LGA in Osun State is very close to attaining ODF status.

During my visit to Ajape, Alaasan, Oyefe, Onto, Idi-Omon, Abidogun, Akogun and Ajegede communities around Oleyo area in my hometown, Osogbo, capital of Osun State recently, I could not fathom how human beings survive in such disease-prone environments. Pa Lasisi Adeyemi, a community leader and Madam Safuratu Fasaasi, a housewife in the area said after all their efforts to prevent open defecation in the area failed, they became helpless and no longer bothered. So, they are looking at it and living with it. One can only appeal to Governor Gboyega Oyetola of Osun State to deal with this before it causes a full-blown epidemic.

Like Kano and Osun, no state in Nigeria is insulated from the scourge of open defecation at the moment and governors of all the 36 state and the Federal Government must treat the issue of open defecation with seriousness. Ogunjobi said the nation needs two million toilets per year between 2019 and 2025 to get the 47 million Nigerians to use toilet and stop open defecation.

Meanwhile, of note is the campaign by the Federal Government against open defecation with the support of Europen Union, UNICEF and the UK's Department for International Development, DFID. The time starts now for all Nigerians to begin to use toilets and desist from the practice so that the country would achieve Universal Basic Sanitation.

The Head of Child Rights Information Bureau in the Federal Ministry of Information and Culture, Mr Olumide Osanyinpeju, said the Federal Government would not relent in the campaign to end open defecation in the country.

In conclusion, while commending President Muhamadu Buhari for declaring a state of emergency in the Water, Sanitation and Hygiene, WASH, sector in November last year as well as the inauguration of the national campaign to make Nigeria Open Defecation Free, ODF, nation by 2025, it is necessary for the line Ministries, Departments and Agencies, MDAs, Civil Society Organizations, CSOs, the private sector, the media and the entire people of Nigeria to unite in the campaign and efforts to end open defecation in Nigeria before 2025 so that the country would reap huge benefits through reduced healthcare costs and increased productivity of healthy citizens.

Open Defecation - a Nation Under Threat of Epidemic

#WorldToiletDay - 4.2 Billion People Lack Safe Sanitation
Tagged:
Copyright © 2019 Vanguard. All rights reserved. Distributed by AllAfrica Global Media (allAfrica.com). To contact the copyright holder directly for corrections — or for permission to republish or make other authorized use of this material, click here.