Congo-Kinshasa: Ebola Showing No Signs of Abating, 1 Year After Outbreak 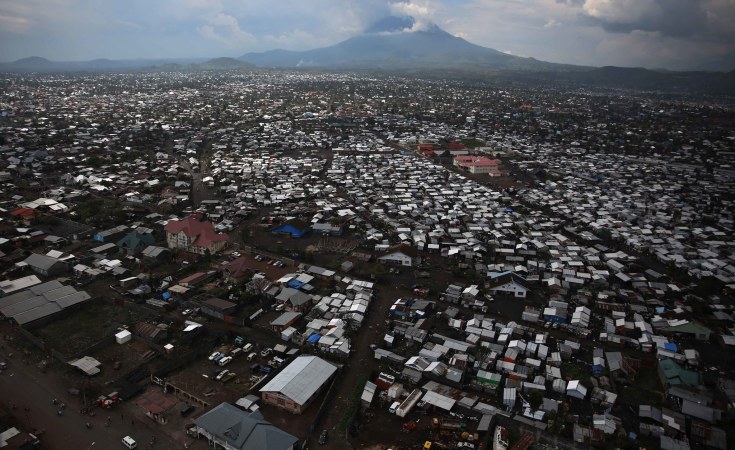 MONUSCO Photos/Flickr
The city to Goma with the Nyiragongo volcano in the background.
CAJ News Agency (Johannesburg)
By Jean Kassongo

Kinshasa — ONE year since the latest Ebola outbreak was first declared in Democratic Republic of Congo (DRC) the disease continues to spread with 1 803 deaths from 2 690 cases.

This has coincided with the outbreak spreading into its third city this week.

Goma in the North Kivu saw its second confirmed death as the result of infection which could lead to the first active transmission of the disease inside the regional capital of an estimated two million inhabitants.

"The second confirmed case of Ebola in Goma is very alarming. This outbreak is far from under control," said Andre Heller, Ebola Response Director at the International Rescue Committee (IRC).

The Ituri province is also experiencing an outbreak.

Several people died when the outbreak spread to Uganda but it has since been brought under control.

Following the confirmation of a second Ebola case in Goma, the United Nations (UN) said it was working hard to mobilize all aspects of the response.

The World Health Organization (WHO) stated it was further scaling up response and preparedness measures.

Conflict perpetrated by rebel groups is affecting the response to the crisis.

The current outbreak is the second worst in global history after the outbreak that claimed over 11 000 lives in West Africa between 2013 and 2016.

Ebola - Half of Cases Going Undetected

Ebola Response - How President Tshisekedi Can Make a Difference
Tagged:
Copyright © 2019 CAJ News Agency. All rights reserved. Distributed by AllAfrica Global Media (allAfrica.com). To contact the copyright holder directly for corrections — or for permission to republish or make other authorized use of this material, click here.