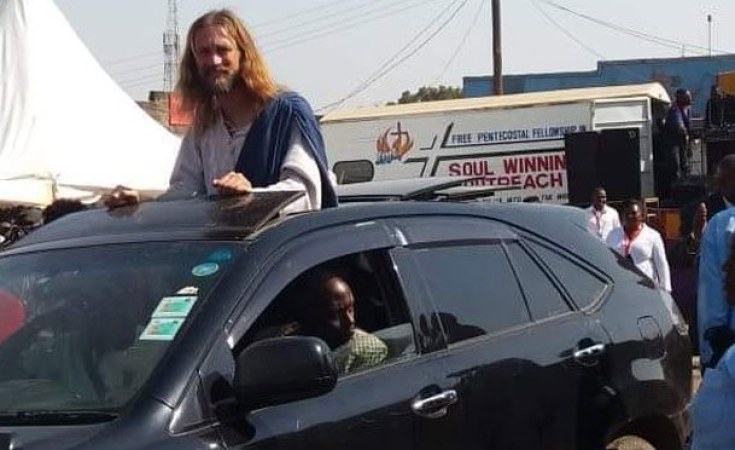 Johannesburg — After a week of news reports and videos about a man who allegedly claimed to be Jesus dancing and preaching in the streets of Kiserian, Kajiado County - setting social media abuzz in the process - and then reports of the Kenyan authorities deporting him, the American actor, preacher and president of Jesus Loves You Evangelistic Ministeries Michael Job has spoken up.

And Job says his arrest and the arrest of the pastors who invited him where he apparently "convinced their followers he is the real son of God" is a fat lie!

The American took to Facebook to set the record straight. In the detailed post, he says he has completed 9 days of crusades in Ongata Rongai, Kitengela, and Kiserian Kenya where "many people were saved and healed". He starts by saying he only dressed up as Jesus during these crusades because he was acting as Christ during his crusades.

"Some people, known as "internet trolls", have made false reports about me claiming to be Jesus, Jesus' second coming starting in Kenya, me being found and worshipped in churches, and me being deported with pastors from the country, all of which are fake news," Job says.

In the post, he says he received many messages and "just wanted to let his Facebook friends know" that he is still in Kenya, preaching in schools where "hundreds of children are making decisions for Jesus every day".

Job ends the post by quoting a verse from the bible, "Go into all the world and preach the gospel to all creation." (Mark 16:15).

Mwasi Joan: Did you feed the 5000 people with a loaf of bread and a fish? Waiting for the miracles

Evangelist Fridah Nkatha: I have no problem with this man preaching and so forth and people should let him be because he never called himself Jesus but he can't quote that he dressed like Jesus because we have never seen how the real Jesus used to dress.

Chege Kimani: By what ever means, the gospel is still being preached

Tabitha Kwon: The coming of Christ is clearly stated in the Bible in the book of mathew 24:v1 to end. Do not be decieved please

Claire Smart: Gosh how crazy that fake news has passed like that. I thank Jesus for you in your obedience and sacrifice towards our Lord Jesus and pray that God may continue be glorified through your life! Praying protection over you and your ministry! May the Lords Kingdom come and His will be done 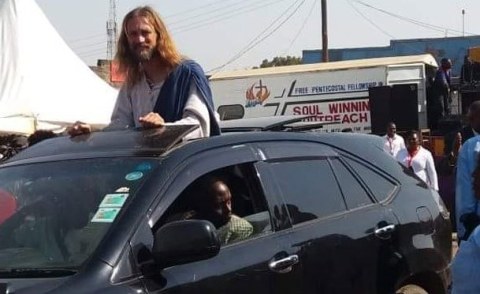 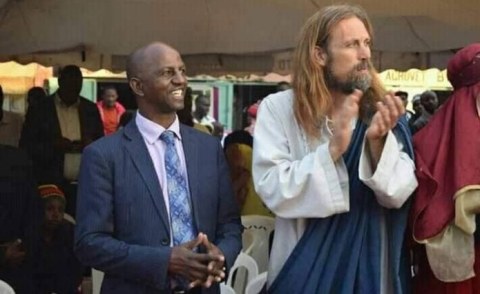 Jesus Visited Africa This Weekend, And There's Video to Prove It!
Tagged:
Copyright © 2019 allAfrica.com. All rights reserved. Distributed by AllAfrica Global Media (allAfrica.com). To contact the copyright holder directly for corrections — or for permission to republish or make other authorized use of this material, click here.