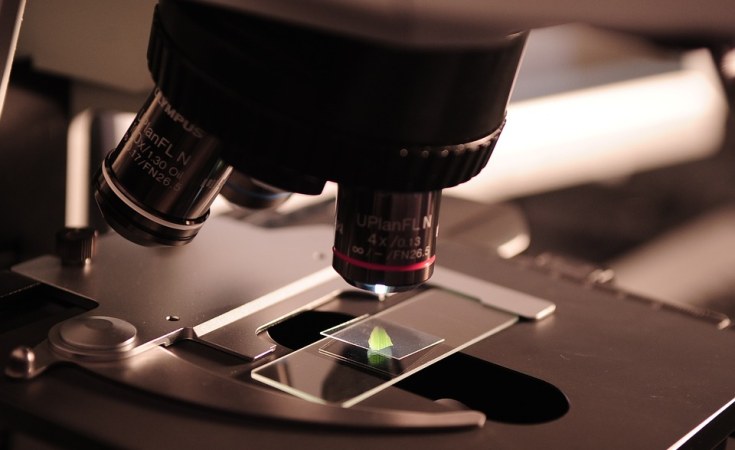 Humanity faces unprecedented environmental challenges. Nowhere are the challenges greater than in Africa, the second most populous continent. Over the next century Africa will replace Asia as the driver of global population increase and the impact of climate change will be severe.

Already, an area more than half the size of Nigeria has been deforested. And by 2100, more than half of all bird and mammal species in Africa are projected to be lost.

With colleagues, we recently brought these strands together and linked them to the need for a significant improvement in the continent's higher education and research capacity.

The reasons for this are clear. The higher education sector in Africa expanded rapidly: enrolment doubled from 6.1 million to 12.2 million between 2000-2013. But funding and capacity - such as the number of teachers, salaries and research support - have not kept pace.

Africa imports more research expertise when it comes to biodiversity research, than any other region. And in international collaborations, the participation of African scholars has been frequently limited to providing access to study sites or data. Trends such as these are partially due to teaching loads. Professors often teach more classes with more students leaving little time for research and other scholarly activities.

Beyond facing the problem of having over-enrolled and outdated classrooms, poorly paid faculty are taking on additional paid work to make a reasonable living for their families. For example, in Uganda, professors will often cancel classes for a few weeks so they can take on consultancies for groups like the World Bank, leaving their students to learn the material themselves.

Despite these difficulties, this could be a very exciting time for research to address Africa's environmental issues. Improvements in access to pre-university education have provided a large talent pool, and widening internet access has made collaboration more realistic. The stage is set for the African scientific community to reach out globally so that, through collaboration, they can set the agenda and play a significant role in science development.

Change the incentive system in high-income countries to facilitate African collaboration and training;

We present a training model suited to surmounting Africa's environmental challenges. One of the most effective models has been close one-on-one collaborations between African students and internationally respected scientists. These scientists have long-term, site-based training and research programmes in Africa. This approach has led to research, training, and funding opportunities that last decades and form broad networks.

In addition to the typical professor-student mentoring, research collaborations like this usually create opportunities for African students to attend conferences, provide access to literature and software, and generate long-term collaboration involving grants, publications, student exchanges, and much more.

But this model has not been scaled to meet Africa's current environmental challenges. The model needs the participation of hundreds of dedicated scientists, each having long-term, but not necessarily large, funding. The model has huge potential. The training that takes place within the context of long-term research collaborations, builds the research network needed for the rapid growth of training for future generations of Africans.

The next generation would have the knowledge, skills, and connections to address the critical environmental issue. There are numerous examples of this model working extremely well when used by single researchers or a small group of researchers, but it has never been brought up to the scale now needed in Africa.

Another area that needs urgent action is that African research institutions must improve working conditions. Without this they risk losing the talent fostered by these high quality research collaborations and the networks they engender to private enterprise, non-governmental agencies, or migration aboard.

Without access to suitable resources and technical support, many African PhDs find it nearly impossible to remain competitive in their chosen field. Instead, they opt to leave academic life for more lucrative work. This needs to change.

The changes necessary to implement these recommendations at sufficient scales are not massive or too difficult to overcome. They include: increasing funding to support African students and early career researchers; improved salaries and infrastructure in African universities; and additional incentives to entice faculty from high-income countries to form collaborations and networks where African students are trained and mentored.

Africa must tackle the effects of biodiversity loss and climate change and be an essential player in addressing global environmental issues more generally.

The environmental challenges are huge. The continent's high biodiversity is at risk with over 6 000 animal and 3 000 plant species being threatened with extinction. Africa's carbon dioxide emissions increased 12 fold in roughly 50 years, and by the end of the next decade its organic carbon emissions will make up 50% of global emissions.

Given Africa's projected population growth, management of its environment must be a global priority. A stronger Africa benefits not only Africans, but everyone on our increasingly interconnected planet.

Claire A. Hemingway from the National Science Foundation is also a co-author of this work. She would like to clarify that contents of this publication are solely those of the authors and do not necessarily represent official views of the foundation.