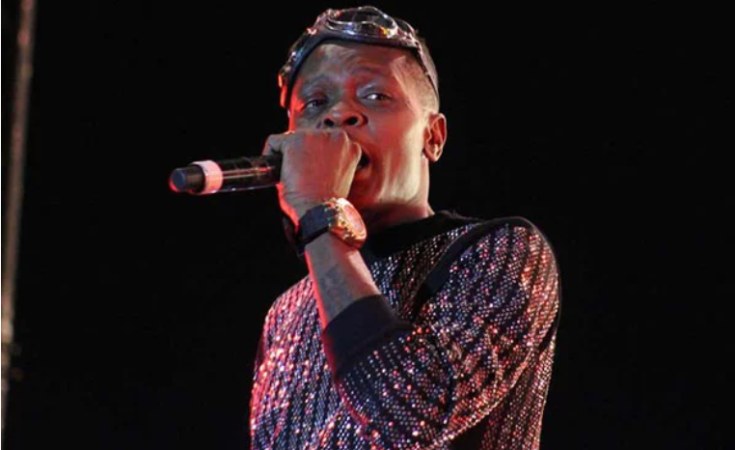 The Democratic Party, one of Uganda's two oldest political outfits (the other is Uganda People's Congress) is struggling to make its mark on the country's politics.

Over decades, it has produced many eminent politicians that have impacted Uganda's political course, but it has failed to win power for itself.

Even as it launches its latest attempt at a comeback, the DP's ambitions remain reasonably modest. The party has tapped Joseph Mayanja aka Jose Chameleone, a musician whose celebrity extends abroad.

Chameleone, unlike fellow musician Robert Kyagulanyi aka Bobi Wine who is eyeing the national presidency, is going for the Kampala mayoral seat.

Before his unveiling as a DP member, Chameleone was known to be a strong supporter of the ruling National Resistance Movement and its leader Yoweri Museveni.

Chameleone promoted President Museveni's re-election four years ago and was a lead singer in an all-star cast of what became the Museveni's campaign theme song.

The song, musically and politically successful among NRM supporters, attracted backlash and led to the cancellation of several concerts both locally and internationally as calls for a boycott of the musicians who participated gained momentum, pushed by the opposition.

Chameleone is struggling to explain his sudden about-turn and convince a sceptical opposition and public that his transformation is real as he now preaches kicking Museveni out of power.

Chameleone's DP is keen to showcase him as a major catch with party president Norbert Mao touting his success in attracting new talent to the party.

Lawyer and activist Andrew Karamagi says, "He mistakenly conflated his popularity as an artiste with electability. I would gladly play a number of his songs all day but that does not mean I would vote for him. I would rather abstain or invalidate my ballot paper than vote Chameleone at all."

To political commentators, the alliance between Chameleone and the DP is just opportunistic.

Chameleone wants to claw back a bit of the celebrity shine Bobi Wine's plunge into politics snatched from other established musicians and probably to increase his brand value for political purposes.

"We are seeing a merger of opportunism and populism that thinks very low of voters on the part of Chameleone and a desperate attempt at electoral mileage and public attention on the part of the DP," Mr Karamagi concluded.

One opposition figure who has attended meetings in which Chameleone has participated as he tries to make his way into the political opposition told The EastAfrican that suspicion is high that Chameleone could be a ploy by NRM because of his similarity to Bobi Wine.

Whatever the outcome, the pressure on Bobi Wine and his People Power movement is apparent.

After the 'Besigye Hammer' and 'Bobi Wine Whackdown', It Is Chameleone's Turn

Police Claim Musician Linked to Bobi Wine Died in Road Accident
Tagged:
Copyright © 2019 The East African. All rights reserved. Distributed by AllAfrica Global Media (allAfrica.com). To contact the copyright holder directly for corrections — or for permission to republish or make other authorized use of this material, click here.