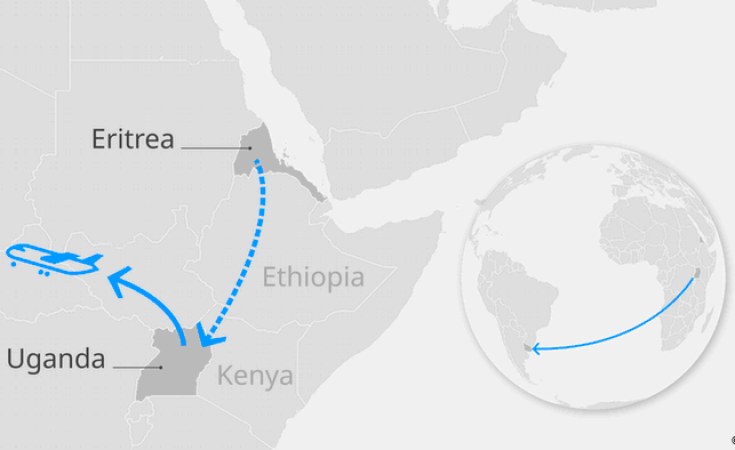 In early July, Mexico's authorities reported that the number of African migrants in the country had tripled. According to government figures, around 1,900 migrants, most of them from crisis-ridden countries like Cameroon and the Democratic Republic of Congo, are now in Mexico. Their destination - the United States of America.

The journey by plane of some of these migrants began half way across the world in Uganda. In a garden bar in the Ugandan capital Kampala sits a 23-year-old Eritrean man who could soon be one of them. For security reasons, he does not want to give his name. He fled the brutal military service in Eritrea last September. According to human rights organizations, military service in Eritrea can mean years of forced labor. "I do not believe that anything will change in Eritrea soon, on the contrary," he said. Many young Eritreans see their future overseas.

When he fled , he was aided by the new political situation in his own country. Eritrea and Ethiopia signed a peace treaty in July 2018 after decades of hostilities, including two wars. The previously heavily guarded border between the neighboring countries was opened in September, enabling the young Eritrean to walk across to Ethiopia. Refugee camps there are hopelessly crowded, he says.

The young refugee kept his ears open for news of people smugglers. Previously, most Eritreans fled across Ethiopia or Sudan through the desert to the Libyan coast. From there, they risked the dangerous journey across the Mediterranean. But this route is now virtually closed, says Zecarias Gerrima, deputy director of the Eritrean NGO "Africa Monitors", based in Uganda.

"The Sudanese capture Eritreans and deport them," Gerrima told DW. Sudan's border guards want to prove to the European Union that they are closing the migration routes, he added. They know very well that it is not safe for the Eritreans to return. "They send them to their deaths."

After more than one million refugees came to Europe in 2015, the EU signed agreements with several states along the traditional escape routes. As part of the EU's Better Migration Management project, for example, Sudanese border guards have been trained to control their borders more efficiently. Critics say the EU has hired Africa's governments as bouncers to keep unwelcome visitors out.

This strategy worked. Significantly fewer refugees now arrive in the EU. In 2018, 14,910 Eritreans applied for asylum in the EU. In 2016, the figure was more than double at 33,370. However, the number of people fleeing Eritrea did not drop - on the contrary; in Uganda alone, up to 200,000 refugees arrived from Eritrea since 2018. Like the 23-year-old in the bar, most of them were smuggled by traffickers to Uganda by bus via Kenya. The traffickers demand about $1,500 (€1,352).

According to Gerrima, the journey then continues from Uganda along new routes. Gerrima researches the worldwide escape movements of his fellow countrymen and is in contact with many of them via WhatsApp and Facebook. He recently discovered that the routes are changing -- no longer across the Mediterranean, but by plane halfway round the world.

Many migrants now want to go to North America. "They fly from African airports first to South America - for example to Uruguay - from where they continue their journey by car," said Gerrima. Because they have to avoid border controls, many are on the move for months, sometimes even years.

This route is expensive, Gerrima says. Smugglers who previously worked in Sudan and Libya, have also moved to Uganda. The rampant corruption in the immigration service makes it easier for them to obtain passports. Through internationally active Eritrean trafficking networks, they can obtain the necessary visas for South American countries. The trip costs up to $30,000.

It's a good deal for the smugglers, who invest their money in restaurants, hotels and supermarkets in Uganda - apparently unnoticed. "We suspect that our country is being used as a transit land," said Moses Binoga of Uganda's immigration authority who is responsible for combating smuggling and trafficking. He has no precise information about the number of smugglers living in Uganda.

The original aim of EU migration policy was to eliminate the smuggling networks in Africa. This has failed, says Zecarias Gerrima. "This policy only made the smugglers smarter," he said.

Previous Story
Into the Unknown - African Migrants in Yemen
Next Story

Into the Unknown - African Migrants in Yemen 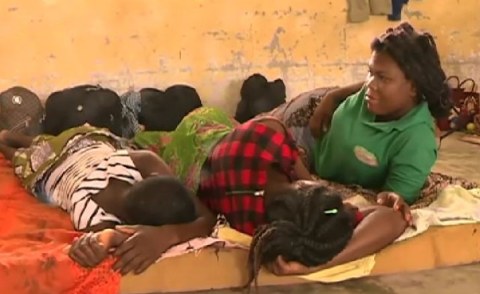 U.S. Delays UN Condemnation of Air Strike in Libya - Sources
Tagged:
Copyright © 2019 Deutsche Welle. All rights reserved. Distributed by AllAfrica Global Media (allAfrica.com). To contact the copyright holder directly for corrections — or for permission to republish or make other authorized use of this material, click here.