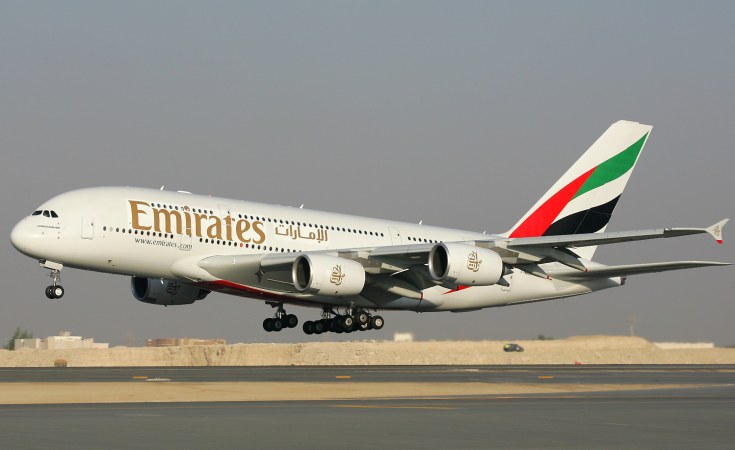 Lagos — There is a raging controversy over the commencement of second daily flight from Abuja to Dubai, United Arab Emirates (UAE), by Emirates Airlines.

The Airline Operators of Nigeria (AON), yesterday, cried out over the development which increased Emirates' frequencies to four flights daily into Nigeria.

Amidst the furore generated by the increased frequencies, the UAE national airline, had clarified in a statement, last Thursday, that the additional frequency to Abuja was to convey Nigerian intending pilgrims for the 2019 Hajj in Saudi Arabia.

Daily Trust reports that many Hajj operators patronise Emirates to airlift their passengers to the holy land.

Many aviation stakeholders and players have however faulted multiple frequencies granted to foreign airlines, and are calling for a review of the Bilateral Air Services Agreements (BASAs) Nigeria has signed with other countries.

That is why the additional flight by Emirates is generating ripples.

Emirates had in a statement explained that it would expand its services to Jeddah and Madinah with additional 46 flights to help facilitate travel for Hajj pilgrims heading to and from the Kingdom of Saudi Arabia.

The flights will be operated between 27 July and 22 August to support the Hajj journey to the Holy City of Makkah, the airline said in a statement yesterday.

It said the services will run parallel with its regular scheduled services to Jeddah and Madinah, and will be available to travellers holding a valid Hajj visa.

Emirates Senior Vice President, Commercial Operations, Gulf, Middle East and Iran, Adil Al Ghaith, said: "Hajj is one of the most significant events in the Muslim faith, and every year, Emirates' primary focus is to help facilitate seamless travel for our Hajj passengers as they converge on the Holy City of Makkah for this once in a lifetime journey.

But AON lamented that the increased frequencies to Emirates came on the eve of when a Nigerian Carrier began flights to UAE operated with 100% Nigerian pilots, cabin crew, engineers and dispatchers.

In a statement, AON said, "It is very unfair for Emirates to be allowed such increase barely two (2) weeks after the launch of flights on July 5, 2019 to Sharjah, UAE by Air Peace; our very own Nigerian airline. The move effectively places our indigenous carriers at a massive disadvantage, the Nigerian economy and the jobs of our youths and huge capital flight."

"This translates to five flights daily and a total of 150 flights per month from UAE; as against a Nigerian carrier that only just started operating three flights weekly (12 flights monthly into UAE). This is a colossal plundering of the Nigerian economy through capital flight and a huge loss of Nigerian jobs.

"And sadly, Air Peace is still waiting to be allocated a dedicated lounge or departure wing at the Murtala Muhammed International Airport to signify that this is a Nigerian airline; as against the case with Emirates that has a huge Lounge at the Dubai International Airport that is heavily branded in the airline's colours.

"The same goes with Etihad in Abu Dhabi, British Airways in London, Lufthansa in Frankfurt, and Air France in Paris etc."

He said the government should stand with Nigerian airlines just like the United States government always protects it's carriers from exploitation by foreign airlines.

"In the light of the above, therefore, it is little wonder that the three major carriers in the United States (United, American and Delta) cried out against the same open skies and anti-competitive behaviour.

"The US airlines accused them of being funded by their government to the tune of over $50 billion and undercutting US carriers by offering below-market fares on flights that go to other destinations beyond the Middle East, at the expense of American jobs and the American Economy.

"In 2017, the economic policy of the Trump administration to protect the American economy, jobs and the airlines subsequently forced the Emirates airlines to reduce their flights by about 30%.

"The above scenario is a classic example of domestic airlines crying out against unfair competition and having their government standing behind them with full support to effect change and ensure that domestic airlines with private funds get "a fair deal" against foreign competition from state-owned airlines."

The AON chairman stated that: "The additional double daily flights given to Emirates, a highly subsidized airline, is not necessary at this time as statistics shows that half of the flights out of Abuja are half empty and the fact that the Emirates airlines already have an unfair trade advantage of 150 flights monthly out of Nigeria; as against 12 monthly flights for Nigerian airlines that should have been allowed to stabilize and grow their operations into the UAE to a level where they can compete favourably on the route.

"We would therefore like to use this medium to call on the government to review all existing BASAs to readdress the unfair trade advantage given to foreign airlines against Nigerian airlines.

However, spokesman of the Ministry of Aviation James Odaudu said he was not aware that additional frequencies had been allocated to Emirates.

An aviation stakeholder said the argument that the additional Emirates flights were to convey pilgrims was not tenable, noting that there would be passengers who are not pilgrims on the flight since it goes through Dubai.

Aviation analyst John Ojikutu described the development as "another unilateral official exploitation of BASA with commercial agreements; it is not a policy. If we exploit the domestic airlines with this type of agreement, what happens when the national carrier begins to fly?"

He added that "Emirates flies 28 times weekly, ET flies about 20 times, BA/VA 21 times, etc; can any airline or our airlines of Arik, Air Peace, Aero, etc compete with them? The answer is No." 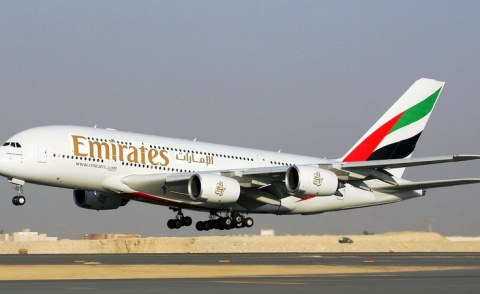 Truth be Told, Is Emirates a Frequent Flyer to Abuja, Lagos? 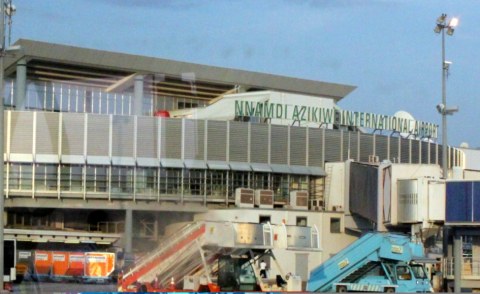 Foreign Airlines Ponder Options as Nigeria Closes Abuja Airport
Tagged:
Copyright © 2019 Daily Trust. All rights reserved. Distributed by AllAfrica Global Media (allAfrica.com). To contact the copyright holder directly for corrections — or for permission to republish or make other authorized use of this material, click here.