Kenya: Tullow Oil Keeps Under Wraps All Its Trading Deals 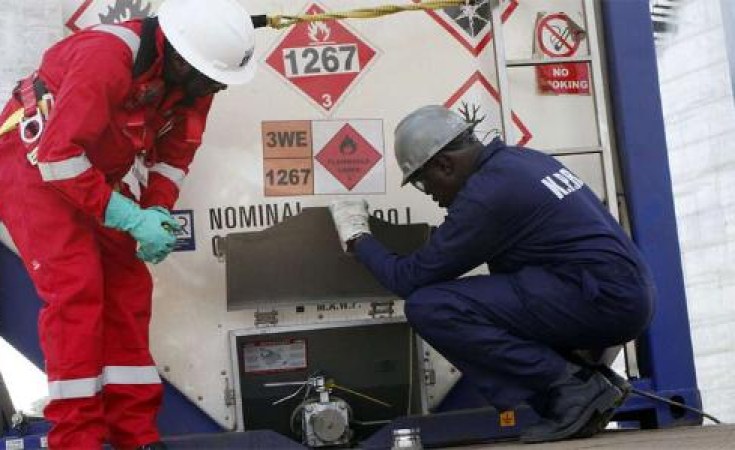 British oil explorer Tullow Oil has maintained a tight lid on its exclusive trading deals with National Oil of Kenya, which became a hot potato before a parliamentary committee last month.

Tullow country manager Martin Mbogo told Sunday Nation the firm was not at liberty to disclose even how long its contract with Nock -- which is nearing a decade -- will last.

Mr Mbogo, who was under fire before MPs over potential conflicts of interest in the lucrative fuel supply deal with National Oil, which is headed by his wife Maryjane Mwangi, said the contract had been mitigated to eliminate conflicts that may exist. He did not disclose how long the contract runs.

"Tullow has a Code of Ethical Conduct that requires employees to self-declare any and all perceived or real conflicts of interest for assessment and mitigation on a case-by-case basis. We can confirm that this matter was assessed within Tullow and appropriate mitigations applied, including recusal where potential conflict is deemed to exists," Mr Mbogo wrote.

Turkana South MP James Lomenen had stoked the debate when he sought to know whether there was any conflict of interest in the exclusive deal that has seen Tullow's vehicles in Turkana County exclusively fuelled at a National Oil petrol station since 2012.

Tullow, however, maintains that it has given a considerable portion of its contracts to local firms with approximately 28 per cent of all its goods and services procured this year having been sourced from Turkana contractors.

The firm maintains it has given about 55 per cent of the supplies to other Kenyan contractors and 17 per cent to international vendors.

The British oil explorer had promised the National Assembly Committee on Energy, chaired by Nakuru East MP David Gekaria, to submit the list of all contractors they have awarded jobs to supply various commodities after it emerged that some companies associated with politicians had been getting lucrative deals in the project.

"We are not in a position to unilaterally disclose information on commercial aspects of contracts and agreements," Tullow wrote in response to queries on the contracts that had stirred a controversial spat between its boss and Mr Lomenen.

The secrecy of such deals continue to surround the slippery path to oil riches even as the country announced the finding of an unknown buyer to help Kenya test the market with its 200,000 barrels trucked from Turkana in the past one year.

Just over a month ago, Tullow Oil pushed its target for making the critical Final Investment Decision to 2020 after it emerged that the National Environmental Management Authority had delayed its issuance of the greenlight needed to set the ball rolling for the oil resources first discovered in 2012.

With the delay, the recoverable cost which the explorers will have spent in the process keeps soaring above the Sh200 billion Tullow claims to have spent. An audit said to have been commissioned to verify the expenses remains under wrap.

While the Tullow Oil country boss declined to disclose how much it costs to truck the 200,000 barrels to Mombasa, he had told Parliament that it spent at least Sh2,100 for every barrel delivered by road, meaning the trucking may have gobbled some Sh420 million.

More charges involve the tank upgrades to hold the waxy crude under insulated conditions as well as upgrade of jetty to backload the crude for shipping.

Also shrouded in secrecy are the Production Sharing Contracts between the firm and the Kenyan government, which specify how the oil riches will be shared and costs recovered.

Tullow also told MPs that it plans to spend at least Sh500 billion by 2022 when Phase 1 of Full Field Development will be complete.

This does not include the cost of building the heated pipeline, which will cost at least Sh100 billion.

The controversial Early Oil Pilot Scheme, which has been branded a loss-making experiment by analysts, is set to continue even after Kenya filled the first ship to sell abroad, with more trucks having been signed in last month to push the initial 600 barrels per day trucking to 2,000 barrels.

Tullow Oil's Exit From East Africa Gathers Steam
Tagged:
Copyright © 2019 The Nation. All rights reserved. Distributed by AllAfrica Global Media (allAfrica.com). To contact the copyright holder directly for corrections — or for permission to republish or make other authorized use of this material, click here.