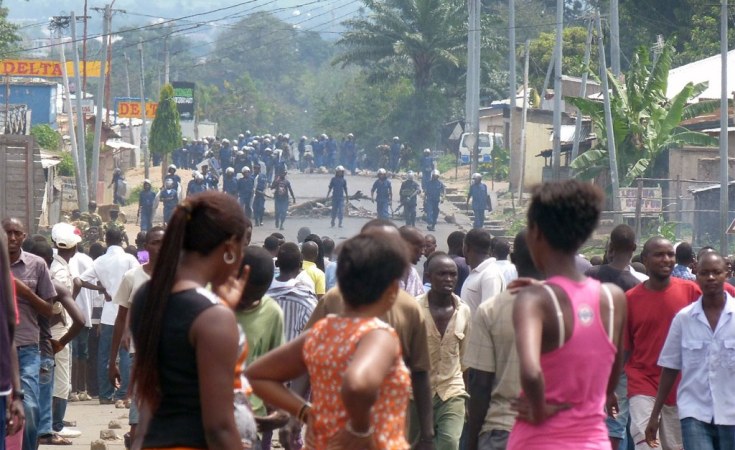 Ahead of the 42nd session of the UN Human Rights Council ("HRC" or "the Council"), we, the undersigned national, regional, and international civil society organisations, write to call on your delegation to support a resolution extending the mandate of the Commission of Inquiry (CoI) on Burundi for a further year, until September 2020.

The work conducted by the CoI provides critical oversight of the human rights situation in Burundi. The situation in the country deteriorated markedly following the announcement by President Pierre Nkurunziza, in April 2015, that he would run for a controversial third term in office. Over the last four years and three months, the Government and its affiliated agencies and forces, including the police, the National Intelligence Service (Service national de renseignement, or SNR), and the ruling CNDD-FDD party's youth league, the Imbonerakure, have been responsible for gross, widespread, and systematic human rights violations.

The CoI has documented violations of civil, political, economic, social, and cultural rights. Independent and critical voices, including civil society members, human rights defenders (HRDs), and journalists, have been particularly targeted. Over the last year, the Burundian Government forced the Office of the UN High Commissioner for Human Rights (OHCHR) to leave the country, suspended one of the last remaining independent civil society organisations, Words and Actions for the Awakening of Consciences and the Evolution of Mentalities (PARCEM), suspended the operating license of the Voice of America and revoked the license of the British Broadcasting Cooperation, and forced at least 30 international non-governmental organisations to cease their activities. On 17 July 2019, the Ntahangwa Court of Appeal upheld the 32-year prison sentence against HRD Germain Rukuki. With 2020 elections approaching, we believe the scrutiny provided by the CoI remains vitally important.

The pre-electoral context is likely to escalate political tensions and we are concerned that there may be a subsequent rise in human rights violations. Burundian and international human rights organisations have continued to document serious and widespread violations throughout 2018 and to date in 2019, which appear to take place in a context of complete impunity. Although the registration of the National Congress for Freedom (Congrès national pour la liberté) indicated a possible opening of political space ahead of the 2020 polls, rights groups have documented rampant abuses against its members, including killings, arbitrary arrests, beatings, and intimidation. The decision to fund the elections by collecting so-called "voluntary contributions" from the population has also led to widespread extortion. Members of the Imbonerakure and the ruling party and local administrators, who have been charged with collecting the contributions, have arbitrarily restricted peoples' movement and access to markets, health care, education and administrative services.

The CoI presented its findings to the Council in 2017 and 2018, indicating that it has "reasonable grounds to believe that serious human rights violations and abuses have been committed in Burundi since 2015" and that some of the violations may constitute "crimes against humanity." By extending the CoI's mandate, the Council would:

§ Ensure continued scrutiny of the situation, as the CoI remains the only mechanism to monitor and publicly report on the situation in Burundi;[1]

§ Provide the CoI and its secretariat with the time they need to complete their work documenting violations and building case files for future prosecutions;

§ Make clear that obstructionism and attacks against the integrity of the Council and the OHCHR are not rewarded, as the Burundian Government continues to deny expert findings on the country's human rights situation, insult and threaten members of the CoI, refuse to cooperate with the UN human rights system, refuse to act on key recommendations formulated by the CoI, OHCHR, and the Council, and engage in sub-standard cooperation with regional mechanisms;[2] and

§ Avoid a monitoring gap ahead of the 2020 election, as the limited civic and democratic space in the country and the intimidation exercised by government forces, the ruling party, and members of the Imbonerakure hamper the prospects for a free and fair election.

At minimum, Council Members and Observers should support the extension of the mandate of the CoI on Burundi for a further year, until September 2020, in accordance with the Council's responsibility to address situations of human rights violations, including gross and systematic violations, to advance accountability, to prevent further human rights violations and abuses, and to follow up on its actions and recommendations.

The Council should also request the CoI to prepare a report with a specific focus on elections and risk factors of human rights violations and abuses and to present it during an enhanced interactive dialogue at the Council's 43rd session.

We thank you for your attention to these pressing issues and stand ready to provide your delegation with further information as required.

Global Centre for the Responsibility to Protect (GCR2P)

[1] Interactive dialogues at the Council provide the only regular space for public reporting and debates on human rights developments in the country.

[2] While the African Union's (AU) observers continue to monitor the human rights situation in Burundi despite a number of limitations imposed by the authorities, their findings are not publicly reported.

Will African Leaders Call Burundi to Order?
Tagged:
Copyright © 2019 Human Rights Watch. All rights reserved. Distributed by AllAfrica Global Media (allAfrica.com). To contact the copyright holder directly for corrections — or for permission to republish or make other authorized use of this material, click here.