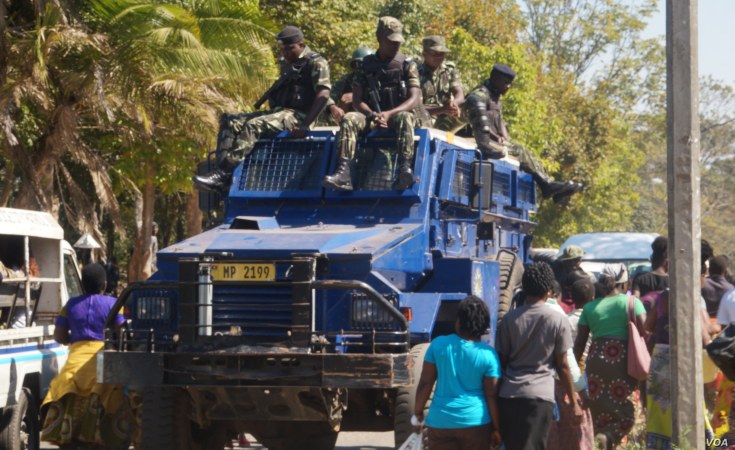 The first fact is that UTM Party leader Saulos Chilima and Malawi Congress Party (MCP) president Lazarus Chakwera went to Court because they claim there was rigging. They want the Constitutional Court to judge whether there was rigging or not the May 21 Tripartite Elections . The UTM/MCP case is not filed against Malawi Electoral Commission (MEC) chairperson Jane Ansah.*

Ansah has unequivocally stated that she will not resign unless the court rules that there were irregularities in the elections.

3: MCP and UTM are struggling to file convincing evidence in the Court. _Do you remember that Chilima applied to the Court for his IT experts to access MEC servers?_ The fact is: IT experts accessed the servers and found 'NO RIGGING EVIDENCE'. So, the UTM/MCP strategists decided to divert anger towards Jane Ansah in order to sustain more pressure on the Court because *Chilima and Chakwera know that they have no case; and they think they can only win the case buy putting the judges under duress. This is why Jane Ansah is a victim*.

4:Most Malawians (including very educated people) are cheated to believe Ansah's resignation would end violent demonstrations. In reality, *the plan is to make her resignation a reason for sustaining the campaign of violence.*

6: Chilima and Chakwera will use the argument that Jane Ansah has accepted that there was wrong doing to create more anger and incite more violence and start demanding the resignation of Peter Mutharika without waiting for the judgement from the Court. *The demand for the resignation of Jane Ansah is only a trap.*

7: The truth before God is that Chakwera and Chilima lost the Election. President Peter Mutharika won the re-election. But Chakwera and Chilima need to save their faces before their supporters. They don't want their supporters to look at them as losers and failures because that perception would be the end of their political careers. That is why they created the bie lie of 'Tabeledwa'.This lie is giving their supporters a political drive and a cause for fighting. But they had to invent someone to be the target of that fight. The innocent Jane Ansah became the sacrifice and victim. Why must she resign?

8: The real political objective of the current fight is to make Chilima and Chakwera feel politically relevant. As a matter of fact, the violence is a source of funding for them because some people are contributing in faith that violence will force the Court to judge that there must be a rerun.

9:Chilima's and Chakwera's greatest fear is the fear of being buried in the political oblivion. Their personal quest for political relevance has nothing to do with the innocent Jane Ansah.

In fact, neither MEC nor Jane Ansah can be tried in Court to testify and answer the tippex case once she resigns. This is the greatest contradiction and mother of all lies: Why does Chilima and Chakwera want Ansah out of the way and want her to answer the case in court at the same time? Why do they want MEC dissolved and try the same MEC in Court at the same time? Can't we all see that something is not adding up? Someone is lying to Malawians and taking us all for a ride.

Appointing another Chair in this political environment of violence and intimidation? Which Supreme Court Judge will accept to inherit the hate lavished on Jane Ansah and accept to take her place while the matter is in Court? Jane Ansah's resignation is designed to create a constitutional crisis, to complicate the case that is in Court and force the Court to declare a rerun on the pretext of public interest.

The demand for the resignation of Jane Ansah is the mother of political lies. It follows the nice lie of 'Tabeledwa' whose real political objective is to make Chakwera and Chilima achieve political relevance in order to escape relapsing into a political oblivion.

Unfortunately, most of us Malawians have become too dull with social media frenzy because we don't want to think and analyze things carefully. We are too lazy to think. We are the ones to blame for accepting all this violence and hate based on lies!

The views, thoughts, and opinions expressed in this article are those of the author and not necessarily those of Nyasa Times.

Previous Story
Rights Watchdog Says Demonstration to Seal Airports, Boarders
Next Story
For How Long Will Jane Ansah Hold On?

For How Long Will Jane Ansah Hold On?

Police Abandon Protesters, Malawi Army Takes Over
Tagged:
Copyright © 2019 Nyasa Times. All rights reserved. Distributed by AllAfrica Global Media (allAfrica.com). To contact the copyright holder directly for corrections — or for permission to republish or make other authorized use of this material, click here.