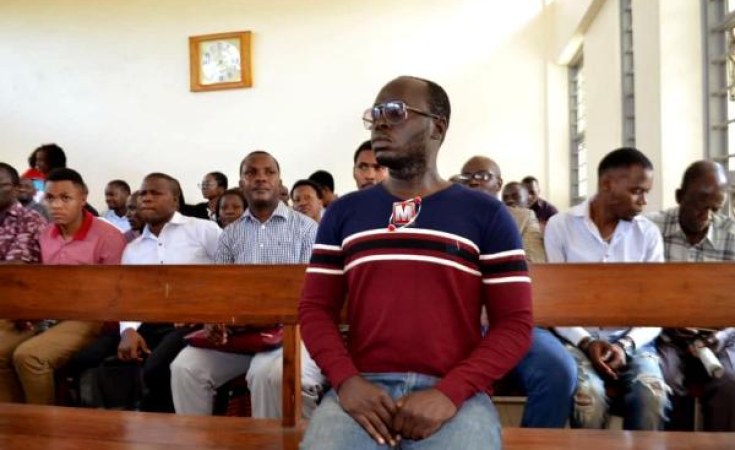 The Citizen
Erick Kabendera in court where he was charged with leading organized crime, failure to pay tax and money laundering.
Voice of America (Washington, DC)

Kabendera has been in custody since July 29. Suspects charged with money laundering are not eligible for bail, so news reports say he could remain in jail until his case is resolved, which could take three years. Kabendera's alleged violations occurred between early 2015 and last month. His next court date is Aug. 19.

The freelance journalist has been critical of President John Magufuli's administration and the ruling Chama Cha Mapinduzi Party in stories for The Guardian, The East African, and The Times of London.

Opposition and civil rights groups say Kabendera's case is a government effort to silence dissent — a notion disputed by the administration of Magufuli, who was elected in 2015.

"Prosecutors should immediately drop the charges against Kabendera, and Tanzania should end its practice of retaliating against critical voices," Muthoki Mumo, sub-Saharan African representative for the Committee to Protect Journalists, said in a release from the New York-based group.

Onesmo Olengurumwa, national coordinator for the Tanzania Human Rights Defenders Coalition, told VOA in a phone interview that the group would continue to defend journalists in Tanzania.

"Our role is to always campaign for justice and then also use courts of law to seek that," he said.

The watchdog group Reporters Without Borders ranks Tanzania 118th among 180 countries in its current World Press Freedom Index. It notes the country has fallen "47 places since 2016, more than any other country in the world during the same period."

Tanzania Sins Against Journalists in Ways Kenya and Uganda Don't

Rights Groups Seek Justice for Freelance Tanzanian Journalist
Tagged:
Copyright © 2019 Voice of America. All rights reserved. Distributed by AllAfrica Global Media (allAfrica.com). To contact the copyright holder directly for corrections — or for permission to republish or make other authorized use of this material, click here.