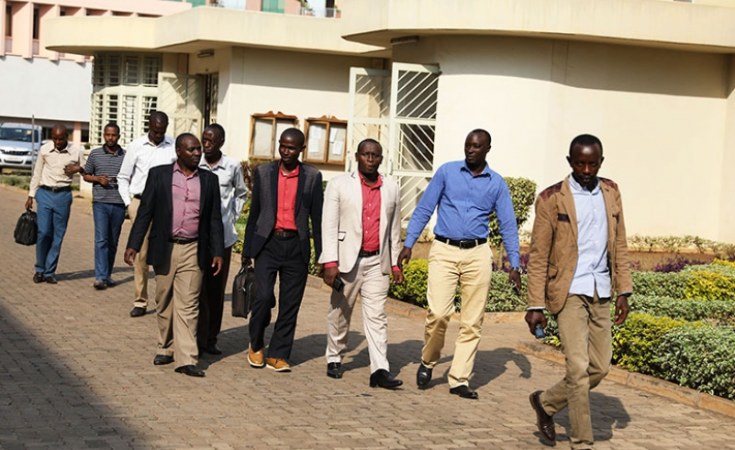 New Times
The nine Rwandans who were illegally deported from Uganda making their way to the Sub-Registry of the East African Court of Justice near the Supreme Court.
The New Times (Kigali)

Jean d'Amour Nizeyimana,33, and four other Rwandan men were deported from Uganda over the weekend after 16 months of slavery in the neighbouring country.

They were accused by Ugandan authorities for illegally entering the country, allegations they strongly refuted.

Like hundreds other Rwandans before them, their bad luck stem from the fragile relations between the two countries, with Kampala now supporting anti-Kigali terrorist groups, among them, Rwanda National Congress (RNC) and Democratic Forces for the Liberation of Rwanda commonly known by its French acronym of FDLR.

Headed by fugitive Kayumba Nyamaswa, RNC is linked to a spate of fatal grenade attacks that rocked Kigali particularly between 2010 and 2014.

FDLR is the offshoot of forces and militia responsible for the 1994 Genocide against the Tutsi.

Nizeyimana who hails from Rutsiro District first ventured into fishing on the shores of Lake Victoria in 2012.

There were no challenges to speak of until March 13, 2018 when he crossed the Cyanika border heading back to Uganda after a short stay.

However, on reaching the shores of Lake Victoria where he worked for the past six years, he realised that life was not normal.

The mood in the area had changed. He noticed a strange anti-Rwanda sentiment and decided to return home not more than two weeks later.

When he reached Kisoro District in western Uganda, he was stopped and detained.

Soon after, along with other Rwandans, he was taken to court and found guilty of entering Uganda illegally despite the fact that he had been cleared to enter at the Cyanika border crossing in south western Uganda.

He was using a Rwandan national identity card but it was not taken for a valid travel document even as national IDs are recognised as travel documents between Rwanda and Uganda as well as Kenya since 2014.

Nizeyimana and others were then thrown in jail.

Court ruled that they be imprisoned for 24 months but there was a remission and it was cut to 16 months, with hard labour.

He was transferred to another prison in Kabale District.

Life there was hell, Nizeyimana said, noticeably holding back his tears.

"We cleared vast areas of thorny bush while being whipped and beaten every day. If you are unlucky and get ill, you get the standard five pills. They told us that whatever the circumstances, we must work. You work or die," he disclosed. "We were about one hundred people in a vast area with a thick thorny bush. We planted maize in long lines. Whoever would drag behind would be beaten up by other Ugandan prisoners. To survive, one had to do his best to stay ahead."

Nizeyimana said a Rwandan called Samuel who had been set to return home on July 27 died on July 3. Considering the manner in which he became sick and started vomiting black stuff, Nizeyimana said he was convinced the late was bewitched.

From sunrise to sunset they would be in the fields. Months later, they would do the harvesting.

After nine months he was able to get his hands on a phone and contacted his wife and let her know where he was.

The father of two told reporters that witnessing his colleague's passing away and the heavy day-to-day beatings they got were the most painful experiences for him.

"Being forced into thickets of thorny bush every day was unbearable. It was terrible and they told us to pull thorny shrubs with our bare hands, not caring if we were harmed.

"The work we were forced to do there is like what was done during the reign of the Pharaohs [monarchs of ancient Egypt]. You work by force and cannot talk about being ill and weak."

Nizeyimana and his four other colleagues were released on August 3.

Nizeyimana estimates that he left nearly 200 Rwandans back in the same prison being used as slave labour.

Previous Story
Uganda's Security Came for Rwandans, Then for Lawyers
Next Story

Uganda's Security Came for Rwandans, Then for Lawyers 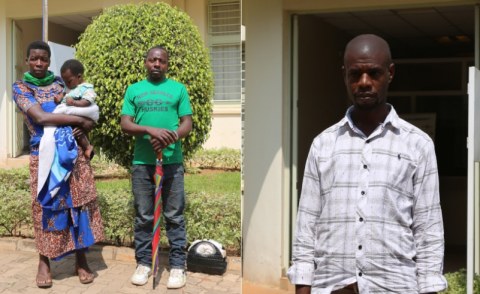 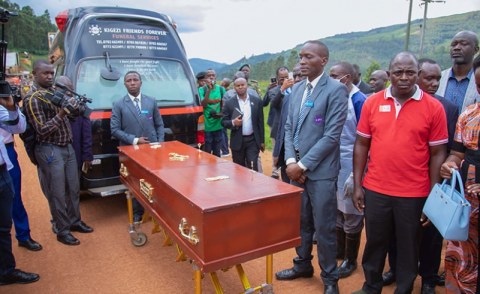