Zimbabwe: Prosecutors - Mupfumira to Come Out of Jail Aged 108 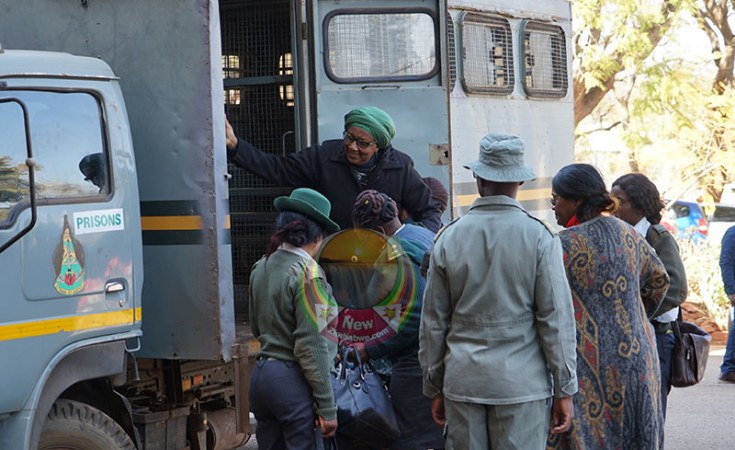 TOURISM Minister Prisca Mupfumira is likely to face more serious criminal charges that could earn her 40 years behind bars, the High Court heard on Monday.

Mupfumira has been charged for alleged criminal abuse of office after she allegedly siphoned nearly US$100 million in State funds during her time as Public Service Minister.

After her recent arrest, the prosecutor general (PG) Kumbirai Hodzi issued a certificate classifying her case as a complex one seeking her incarceration for 21 days while investigations are underway, a unique case in the country's prosecution.

"For example, investigations have established that the applicant has a personal CBZ bank account 04422647590013 in which money was directly deposited into.

"This money came from one of the companies the applicant (Mupfumira) had instructed National Social Security Authority (Nssa) to deal with. There was no reason for the money to be deposited into her personal account. The amount in this case is US$9 812," said Reza.

"So far she is likely to face a minimum of three charges including fraud, money laundering and criminal abuse of office. The evidence so far available is sufficient to convict her on all three counts. Money laundering attracts 25 years imprisonment, criminal abuse attracts 15, she is 68, simple arithmetic shows that if she is to be convicted now she will come out of jail aged 108.

"When she was sent to prison for 21 days, she cried because she couldn't stand one day. The jail term she is facing will definitely cause her to abscond because she is not a woman of straw," said Reza.

Reza also told court that the police have managed to investigate three counts out of the seven-criminal abuse of office counts Mupfumira is facing.

The prosecutor also told court there are various transactions which Nssa carried out with the money going to Mupfumira's personal bank account.

Reza also persuaded Ndewere not to grant Mupfumira bail saying her alleged offences are contrary to what is expected of her as a minister.

He blamed the suffering of pensioners on Mupfumira saying they remain poorer because of corruption charges preferred against her.

"Nssa money had a purpose. The people who did not benefit at all. These are pensioners and to date, if we are to go to Nssa house you will find them in endless queues. The money they get is not even sufficient to take them back to Chiendambuya where they came from just to get that money."

She was detained last week after the State invoked Section 32 of the Criminal Procedure and Evidence Act, which allows it to seek the further detention of a suspect up to 21 days to conduct further investigations.

But Ndewere said she cannot be bound by PG's certificate barring any court from hearing Mupfumira's bail application adding that the magistrate who entertained the certificate, Munamato Mutevedzi slept on the job when he declined to hear the minister's bail application.

"The ruling on the appeal is reserved. As soon as it is ready, the registrar will advise both parties," she said.

Former Zimbabwe VP Mphoko Flees Anti-Corruption Probe
Tagged:
Copyright © 2019 New Zimbabwe. All rights reserved. Distributed by AllAfrica Global Media (allAfrica.com). To contact the copyright holder directly for corrections — or for permission to republish or make other authorized use of this material, click here.