Zimbabwe: Peace Bill Gets Nod to Sail Through Parly 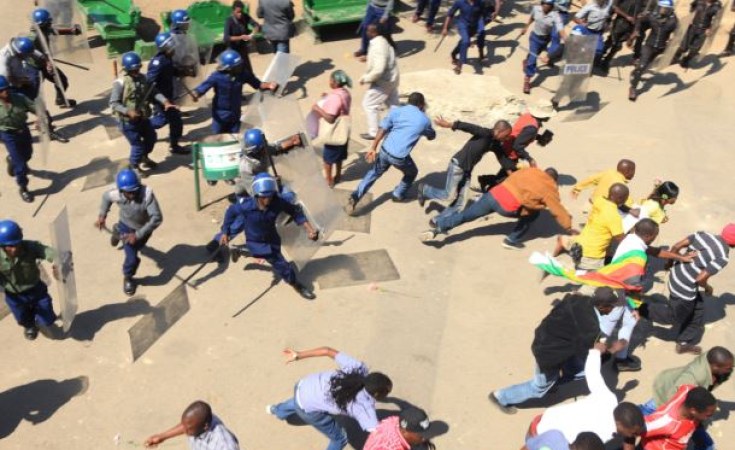 The Maintenance of Peace and Order Bill (MOPA) is now set to sail through Parliament after the Parliamentary Legal Committee withdrew an adverse report that it had issued against the Bill which is in fulfilment of reforms aimed at opening up democratic space in the Second Republic.

The withdrawal of the adverse report comes after Government brought amendments to accommodate concerns of the committee.

MOPA is currently before Parliament and is set to replace the Public Order and Security Act (POSA), which was stifling democracy in the First Republic.

Under President Mnangagwa's leadership, a raft of reforms are being implemented as part of efforts in transforming the political and economic environment, as Government seeks to entrench democratic values and freedoms in line with Vision 2030 of achieving an upper middle income economy.

The PLC chaired by Mudzi South MP, Cde Jonathan Samukange (Zanu-PF) had issued an adverse report a fortnight ago on the Bill citing some clauses which it felt were not consistent with the Constitution.

Following the issuance of the Adverse Report in Parliament, Justice, Legal and Parliamentary Affairs Minister Ziyambi Ziyambi tabled amendments before the PLC.

This had the effect of removing the impasse between Parliament and the Executive, a development that is expected to signal movement towards debate and subsequent passage of the Bill.

PLC's decision to withdraw its adverse report was announced by one of its members, Makoni South MP Cde Misheck Mataranyika (Zanu-PF) in the National Assembly last week.

"I would like to move a motion to withdraw the adverse report passed on the Maintenance of Peace and Order Bill. The committee met on the 1st of August and considered the notice of amendments signed by the Minister of Justice, Legal and Parliamentary Affairs and resolved to withdraw the adverse report previously issued as the notice of amendments addresses the committee's concerns. I so move Mr Speaker Sir," said Cde Mataranyika.

Arising from the motion, Parliament subsequently agreed to withdraw the adverse report.

Some of the concerns raised by PLC about the Bill included Clause 4 (2) which empowered a regulatory authority, which is the police, powers to issue a temporary prohibition through the media of possession of certain weapons within particular areas.

In its view, the committee felt that the clause was restrictive in terms of dissemination and was in violation of Section 62 (1) and (2) of the Constitution which stipulated that every person had a right to access information held by the State.

The committee also felt that Clause 10 which prohibits public gatherings in the vicinity of Parliament, courts or places declared to be protected places as unconstitutional.

"Parliament is a public institution that is open to members of the public, for the reason that it is the place where elected representatives meet to consider and legislate on matters of public interest. It is the committee's view that Clause 10 unreasonably limits the right to petition Parliament, as enshrined in section 149 of the Constitution," the report reads.

Clause 14 requiring a person above the age of 18 to carry an identity documents was also felt to be unconstitutional as "the practice is a remnant from the oppressive colonial laws and must be done away with".

It was also the view of the committee that Clause 7 (5) of the Bill criminalising failure to give notice of a public gathering as unnecessary and unreasonable in a democratic society.

The offence attracts imprisonment of a period not exceeding one year and Level 12 fine or both.

"This is excessive for citizens exercising their fundamental rights accorded by the Constitution. The intention of Clause 7(5) is clearly to curtail the citizen's right to freedom of expression and conscience," reads the committee's report.

The committee felt that Clause 3 of the Bill empowering the police as regulating authority to limit freedom of assembly and association as unconstitutional.

U.S. Envoy Accused of 'Aiding Terrorists' in Zimbabwe
Tagged:
Copyright © 2019 The Herald. All rights reserved. Distributed by AllAfrica Global Media (allAfrica.com). To contact the copyright holder directly for corrections — or for permission to republish or make other authorized use of this material, click here.

Djibouti Looks to Ethiopia to Gauge Its Economic Future
Petroleum