South Africa: Another Complaint Against the Public Protector - This Time At the Very Office She Heads 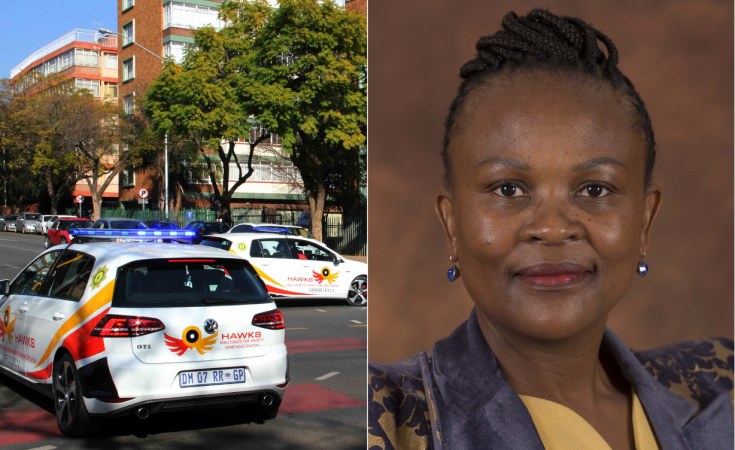 Anti-corruption pressure group Accountability Now has laid criminal charges of perjury and defeating the ends of justice against Public Protector Busisiwe Mkhwebane and, at the same time, it has lodged a maladministration complaint against her with the very office she heads.

On Monday, the group sent a letter of complaint to the Office of the Public Protector and laid a criminal complaint with the police, which included a supporting affidavit from Accountability Now director, Paul Hoffman, SC.

"On July 15, 2019, the Constitutional Court handed down a judgment in which the majority finding included serious criticisms of the honesty and integrity of the Public Protector, advocate Busisiwe Mkhwebane," reads Hoffman's affidavit.

"While the matter was in the nature of civil proceedings the findings of fact in relation to dishonesty, deliberate misrepresentation of facts and an attempt to mislead the courts all involve criminal activities on the part of the accused.

"It would appear from the said findings that the accused is guilty of perjury and defeating the ends of justice."

Hoffman's letter to the Office of the Public Protector draws attention to reports, summarised in Legalbrief on August 5, 2019.

"If the reports are accurate, the office has a huge maladministration problem in the form of advocate Busisiwe Mkhwebane's utterances and actions as set out in the reports," Hoffman said.

He asked the Office of the Public Protector to verify the accuracy of the remarks attributed to Mkhwebane in the Legalbrief summary of press reports.

"If they are accurate, an investigation of the way in which the advocate is leading the office is required and appropriate remedial action in a form allowed by law is required. Reverting to the modus operandi of her predecessor would seem to be indicated.

"Her failure to give implicated parties the opportunity of setting out their side of the story and suggesting other or no remedial action is the basic cause of the mess in which the advocate has placed herself and the office she leads. It is not sufficient to await the outcome of the three other processes she is facing; immediate steps to correct the way in which the office is administered are required so that it can recover from her maladministration diligently and without delay."

Last month, Accountability Now asked the Legal Practice Council to strike Mkhwebane off the roll of advocates for perjury and for attempting to mislead the court.

This, after the Constitutional Court agreed with the Gauteng High Court in Pretoria that her entire ABSA/Bankorp investigation was flawed, and that Mkhwebane had not been honest during her investigation. The High Court set aside her Bankorp-CIEX report, which stated ABSA had to repay R1.125bn, in February.

The National Assembly's Portfolio Committee on Justice will also investigate Mkhwebane's suitability for office after the DA requested such a probe. Several civil society organisations asked that this inquiry be expedited.

As the pressure on her mounts, Mkhwebane complained of a smear campaign against her because she is investigating "untouchables".

Her most recent findings are against Public Enterprises Minister Pravin Gordhan, relating to the so-called "rogue unit" at the South African Revenue Service, and President Cyril Ramaphosa, relating to the donation of R500 000 from Bosasa boss Gavin Watson for his 2017 ANC presidential campaign.

Both are taking her findings on review and have been critical of Mkhwebane in their court papers.