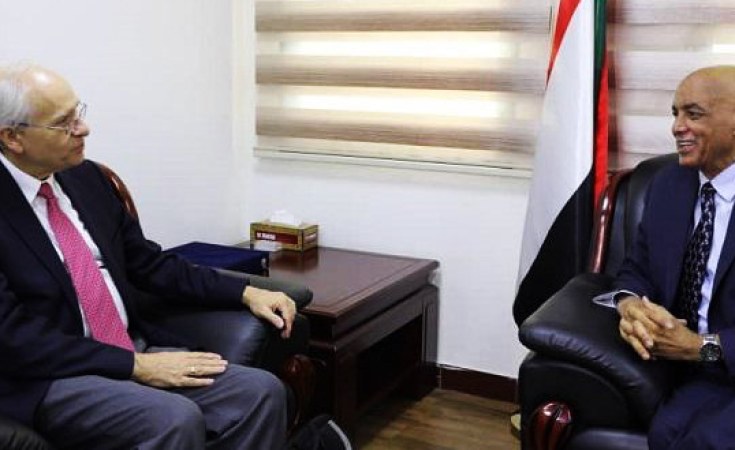 U.S. Under Secretary for Political Affairs David Hale is scheduled to be in Sudan tomorrow, August 7, to meet with representatives from the Transitional Military Council and Forces for Freedom and Change, along with civil society.

Experts at The Sentry and the Enough Project will be available for comment and analysis as the meetings on Wednesday unfold.

John Prendergast, Founding Director of the Enough Project, and Co-Founder of The Sentry, said: "The United States has a unique opportunity to support peace and democracy in Sudan. But leaving the current ‘deep state’ untouched is a recipe for continued violence and corruption-fueled gridlock. The U.S. should use network sanctions to target peace spoilers like General Hemedti and the Rapid Support Forces, as well as some of the companies that the intelligence and security services operate as a means of looting the wealth of the country. Until that underlying kleptocracy begins to be dismantled, there will be many agreements signed but none implemented."

Joshua White , Director of Policy and Analysis at The Sentry, said: "It's time for the U.S. government to prioritize stemming illicit financial flows from Sudan. Extensive corruption in the country serves to prop up Sudanese officials who repress and steal from their people. Under Secretary Hale should make clear that the U.S. will not tolerate the massive theft of state assets by those whose power is a legacy of Omar al-Bashir, and should take action through the U.S. Treasury Department’s powerful anti-money laundering and asset freezing authorities.”

The trip is part of Under Secretary Hale’s travel this week to Horn of Africa countries Somalia, Kenya, and Sudan.
For media inquiries or interview requests, please contact: Greg Hittelman, Director of Communications, +1 310 717 0606, gh@enoughproject.org.

ABOUT THE ENOUGH PROJECT
The Enough Project works to support peace, democratic governance, and an end to mass atrocities in Africa’s deadliest conflict zones. Together with its investigative partner, The Sentry, Enough aims to counter violent kleptocratic regimes, armed groups, and their multinational commercial partners who are looting Africa’s vast natural resources and other forms of wealth for their own enrichment.  By helping to create consequences for corrupt actors, human rights abusers, dictators, and war profiteers, Enough seeks to build leverage and accountability in support of African social movements pressing for fundamental change.  Enough conducts in-depth research on violent kleptocratic systems, mobilizes and educates activists, and engages governments and the private sector on policy and legal solutions. Learn more – and join us – at www.EnoughProject.org.

ABOUT THE SENTRY
The Sentry is an investigative and policy team that follows the dirty money connected to African war criminals and transnational war profiteers and seeks to shut those benefiting from violence out of the international financial system. By disrupting the cost-benefit calculations of those who hijack governments for self-enrichment in East and Central Africa, the deadliest war zone globally since World War II, we seek to counter the main drivers of conflict and create new leverage for peace, human rights, and good governance. Co-founded by George Clooney and John Prendergast, The Sentry is composed of financial investigators, international human rights lawyers, and regional experts, as well as former law enforcement agents, intelligence officers, policymakers, investigative journalists, and banking professionals.  Learn more at www.TheSentry.org.

Timeline of Sudan's Struggle for Change
Tagged:
Copyright © 2019 ENOUGH Project. All rights reserved. Distributed by AllAfrica Global Media (allAfrica.com). To contact the copyright holder directly for corrections — or for permission to republish or make other authorized use of this material, click here.