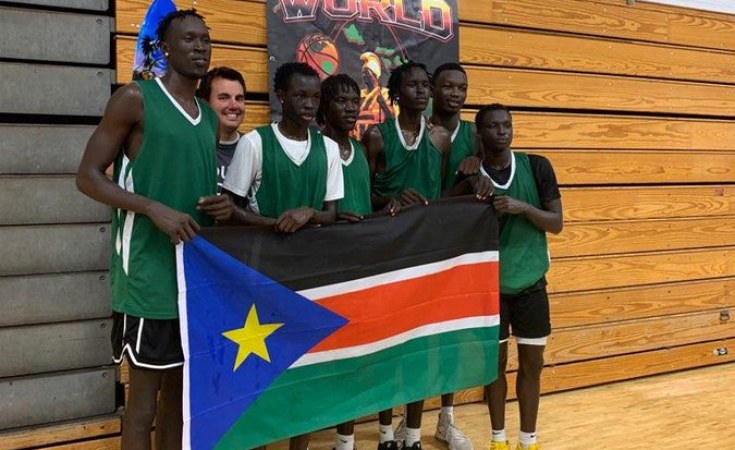 Their proud coach Scott Catt has tweeted a picture from the team, who played their way to victory at the World Youth Basketball Tournament in Hawaii.

Local publication West Hawaii Today reports that the South Sudan players didn’t get too far off the court before being stopped for photos.

"Within minutes, the team was scattered throughout Kekuaokalani Gymnasium following their lopsided victory at the World Youth Basketball Tournament on Saturday, posing for shots with their new fans," reporter JR De Groote writes.

Scott said that South Sudan is "home" although most of the players now live in the United States and play at various prep schools.

"Most of them were born in South Sudan," Catt said. "The majority of them have at least one parent still living there. Many of them live with guardians, and some of our kids haven’t seen their parents in years."

Catt told West Hawaii Today that the South Sudan Basketball Association is a nonprofit group and they were able to make the trip to Hawaii through donations.