Kenya Runs Ahead of Uganda in Shs36b Oil Export Deal 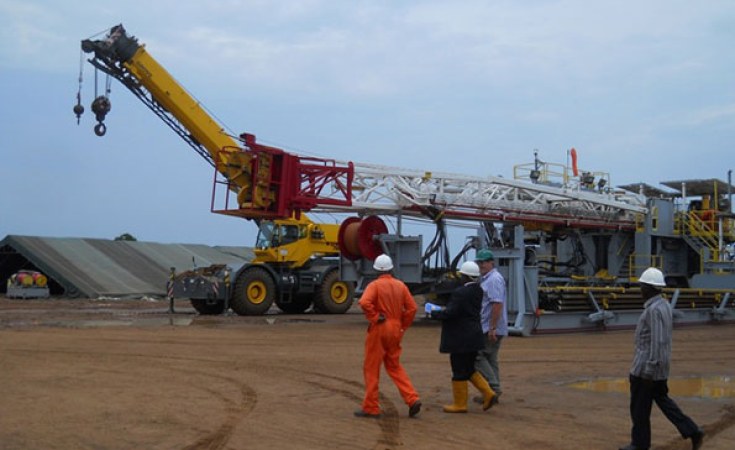 Kenya last week joined the league of oil exporting countries after striking a deal of 200,000 barrels worth Ksh1.3 billion (Shs36b).

"We are now an oil exporter. Our first deal was concluded this afternoon with 200,000 barrels at a price of $12 million," President Uhuru Kenyatta announced.

President Kenyatta expressed confidence that the oil trade would help grow the economy and end poverty.

"So, I think we have started the journey and it is up to us to ensure that those resources are put to the best use to make our country both prosperous and to ensure we eliminate poverty," a statement from State House after a Cabinet meeting quoted President Kenyatta as saying.

"Those details are not out," she said.

Kenya pumped 200,000 barrels of crude oil worth Ksh1.3 billion (Shs36b) as the country geared up to make its first, small-scale export.

The oil production statistics were disclosed by London-based Tullow Oil, which has exploration and oilfields in Turkana.

"(Some) 200,000 barrels of oil have been safely delivered to Mombasa. Tullow expects East Africa's first export cargo of oil to be sold and lifted in the third quarter of 2019," the multinational said in its trading update.

The export is intended to test the international markets' reception of Kenya's low-sulphur oil ahead of commercial production, which is estimated to start in the second half of 2023.

Tullow has been moving the oil by road to Mombasa. It started moving about 600 barrels per day (bpd), but raised the volume to 2,000 in May.

The company says that the recent agreements it signed with the government and ongoing regulatory and infrastructural makes it confident that the project will be profitable even with low oil prices, but did not indicate the venture's break-even price per barrel.

In June, Finance minister Matia Kasaija also stated that Final Investment Decision (FID) for the proposed oil refinery would be "taken in September" after completion of the technical Front End Engineering Designs (FEED), which according to earlier timelines are due for completion three months later in December.

The deal to design, finance, construct and maintain a 60,000 barrels per day (bpd) oil refinery in Hoima district was in 2017 awarded to the Albertine Graben Refinery Consortium (AGRC), a venture of American and Italian firms.

In March this year, a government technical reviewed and approved the final refinery configurations during a visit to Italy paving way for the FEED studies, which will detail various technical aspects of the project. The feed report is expected to inform FID by the second quarter of next year, and subsequently to Engineering, procurement, and Construction by 2013.

FID for development of the oil fields--Kingfisher operated by Cnooc, and the Tilenga project by Total E&P is premised on completion of the remaining agreements and FID for the 1,445km pipeline from Hoima to Tanzania's Tanga port.

The capital expenditure for developing the oil fields is about Shs24 trillion, and Shs13trillion for construction of the pipeline. The refinery is expected to cost Shs11 trillion. The government has a participating stake in both the refinery and pipeline and thus will have to part with substantial amounts.

Uganda-Tanzania Pipeline Runs Into Legal Challenges
Tagged:
Copyright © 2019 The Monitor. All rights reserved. Distributed by AllAfrica Global Media (allAfrica.com). To contact the copyright holder directly for corrections — or for permission to republish or make other authorized use of this material, click here.