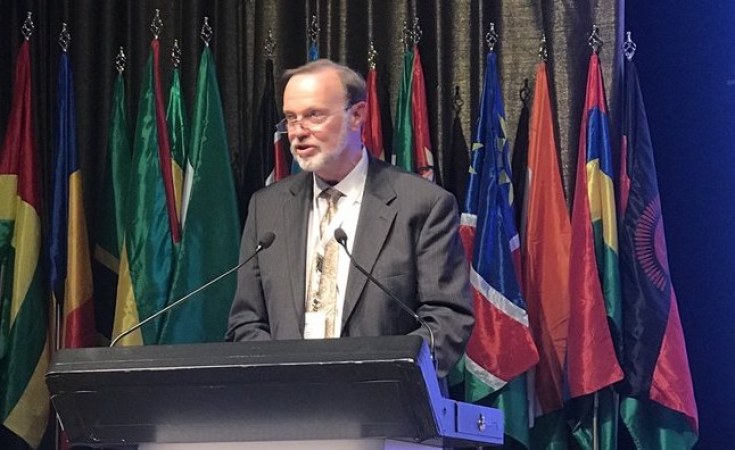 I’m especially honored to be here alongside the Prime Minister of Cote d’Ivoire, the Honorable Amadou Gon Coulibaly.

I’m always happy to come back to the continent, as I have a long and happy history living and working in Africa.

With seven diplomatic postings, I’ve committed my entire career to Africa and its wonderful people. In fact, three of my children were born on the continent -- the first triplets in independent Zimbabwe.

Now, as Assistant Secretary for African Affairs, I have another opportunity to promote the real story of Africa, which is an increasingly prosperous, peaceful and democratic continent.

I always say we must view Africa through the windscreen and not the rearview mirror.  This statement exemplifies for me the promise that Africa offers. Nor am I alone in this belief.  Africa has strong, and enduring, bipartisan support from both of our political parties.

This is significant if you know how Washington works.

The population of Africa is projected to double by 2050 to over 2 billion people, 70 percent of whom will be under 30 years old.  If the emerging “youth bulge” is brought to its full potential, the possibilities are limitless!

We must capitalize on this reality.

This forum marks the 18th year government officials, business leaders, entrepreneurs and civil society from African countries and the United States have convened to advance commercial and trade ties.

The AGOA forum has been the cornerstone of U.S. economic engagement with the countries of Africa since 2000.

Because of AGOA, the rate of growth in critical areas has been substantial since its inception.

Non-oil trade under AGOA increased more than 300 percent since 2001, and the growth of these non-oil industries has spurred an estimated 300,000 direct jobs in beneficiary countries.  AGOA has led to many more indirect jobs.

To put a real face on AGOA’s successes, look at the Alafia company in Togo and Ghana.  With AGOA, Alafia created 14,000 jobs for Africans, most of whom are women.  The company also won the U.S. Secretary of State’s Award for Corporate excellence in 2018.

Meanwhile, Ethiopia only started using the AGOA program for footwear in 2007.  However, in the last six years, Ethiopia’s exports through AGOA have increased over forty-five-fold!  Ethiopia is now the first substantial AGOA footwear supplier to the United States.  What a great achievement!

Kenya is now the second-largest exporter of non-oil products under AGOA.  70 percent of its exports fall under AGOA, with the majority coming from the agriculture sector.  There clearly is a strong demand for Kenyan produce in the United States.  It is estimated this sector contributes to approximately 36 percent of GDP, and exports of these products support over 100,000 farmers in Kenya!

And it doesn’t stop there!

In fact, the Trump Administration’s new Africa Strategy is taking our relationship with Africa to a whole new level.

So, how does AGOA fit into our strategy?  Well, in 2019, 39 countries were eligible for AGOA benefits.  Eligibility requires countries to make progress toward developing a stable, attractive environment for investment.

This includes rule of law, and a market-based economy.  It also ensures the protection of workers’ rights and calls for a system to combat corruption.  Its objective is to reduce poverty and promote adherence to human rights.

All are critical factors in spurring sustainable economic growth.

As other countries see the successes brought about through AGOA, they will want to duplicate this type of progress themselves.

And the United States’ economic engagement in Africa does not stop at AGOA.

For one, Prosper Africa is a new U.S. Government-led initiative to substantially increase two-way trade and investment between Africa and the United States.

It supports African importers and exporters and drives investment by establishing U.S. Embassy Deal Facilitation Teams across the continent.

It also establishes the new Development Finance Corporation.  This will offer more support for private sector investment in developing countries as well as equity investments in African companies.

The BUILD Act will help attract private capital from all over the world.  It will contribute to job growth and economic opportunities both in the United States and Africa.

The African Union and leaders on the continent should be commended for bringing this transformative trade agreement into force.

And to complement the ACFTA, one of my top goals is to establish at least one bilateral free trade agreement with an African country.

Added to all this, we have the Millennium Challenge Corporation…Power Africa…the African Women’s Entrepreneurship Program…and so much more.

With these commitments and AGOA’s enduring success, we can continue to capitalize on further cooperation, and trade and investment opportunities.

Thank you for the honor and privilege of speaking to you today and being a part of this forum.

Previous Story
Ready, Steady, AGOA Comes to Abidjan!
Next Story
Joint Statement Between the U.S. and the AU Concerning the Development of the AfCFTA

Joint Statement Between the U.S. and the AU Concerning the Development of the AfCFTA 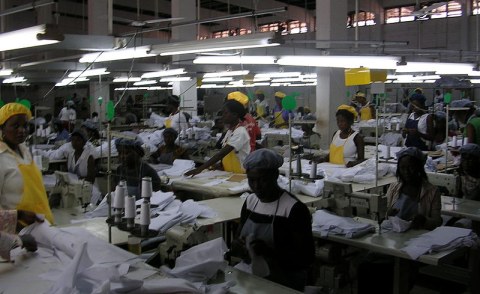 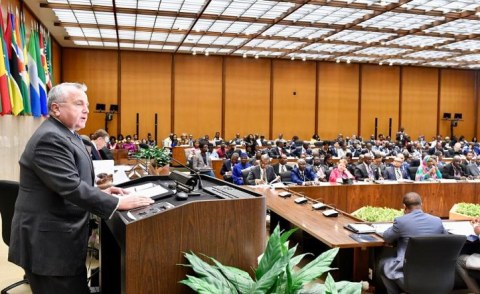 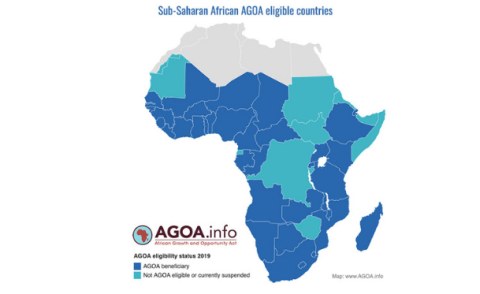 #AfricaBizSummit - Big U.S. Push for Investment 'Prosper Africa'
Tagged:
Copyright © 2019 United States Department of State. All rights reserved. Distributed by AllAfrica Global Media (allAfrica.com). To contact the copyright holder directly for corrections — or for permission to republish or make other authorized use of this material, click here.