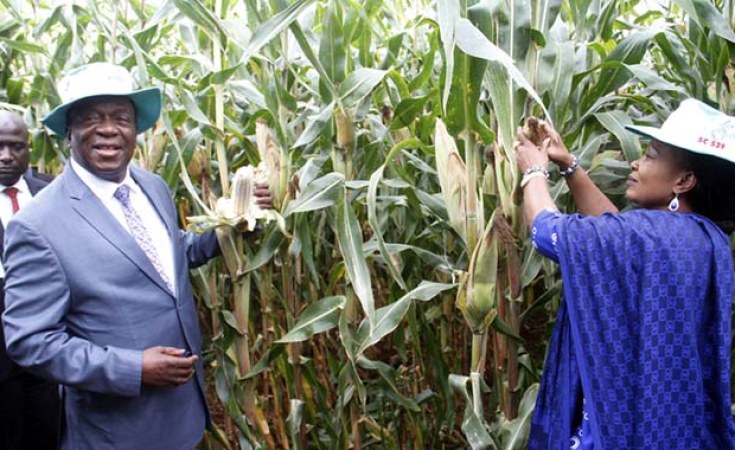 The recent directive by the government, imposing the State-owned Grain Marketing Board (GMB) as the sole buyer of maize in the country, has forced some farmers to withhold their harvested crop hoping authorities will soon reverse the controversial policy.

In June this year, the government banned farmers from selling maize to anyone other than the GMB as the country moved to keep prices of the staple crop down following a severe drought.

GMB will then resell the maize to millers.

However, according to the latest monthly food security monitoring report released by the World Food Programme (WFP) this week, the order has resulted in some farmers withholding their crop hoping GMB's monopoly will be removed.

The farmers hope by removing the control, they will be able to sell their maize to private buyers and fetch attractive producer prices.

Some farmers were also reported to be engaging in underhand dealings to circumvent the government's directive and sell at a higher price to middlemen.

"Government has proclaimed the Grain Marketing Board as the now sole bulk buyer of maize grain in the country creating a monopoly that will clearly result in farmers holding on to their stocks awaiting change in policy or better still promotion of underhand dealings at the black market in search of attractive producer prices," the WFP report reads.

Maize harvest this year dropped by 54%, to 776 635 tonnes leaving over five million people in need of aid.

According to the ban issued THROUGH Statutory Instrument 145/2019 by Agriculture Minister Perrance Shiri, farmers are not allowed to transport more than 250kg of maize from one area to another. Failure to comply would result in police seizing the maize.

The UN-run organisation said a market response to this development required close monitoring as the monopoly had negatively impacted on food availability and access.

Meanwhile, in the same report, the WFP also noted that although the Zimbabwe dollar had been officially proclaimed as the sole tender in the country, residents in border areas, towns and cities continued to trade using the South African rand or the US dollar in clear disregard of the Statutory Instrument SI 142.

"How this instrument will be enforced countrywide remains a waiting and see for the majority of traders unless massive arrests are done, it will be very difficult to enforce and monitor adherence.

"Where traders are afraid of accepting the USD, the ZIM Dollar equivalency pegged at the black-market exchange rates have been observed pushing the price beyond the reach of the poor majority and vulnerable households," WFP said.