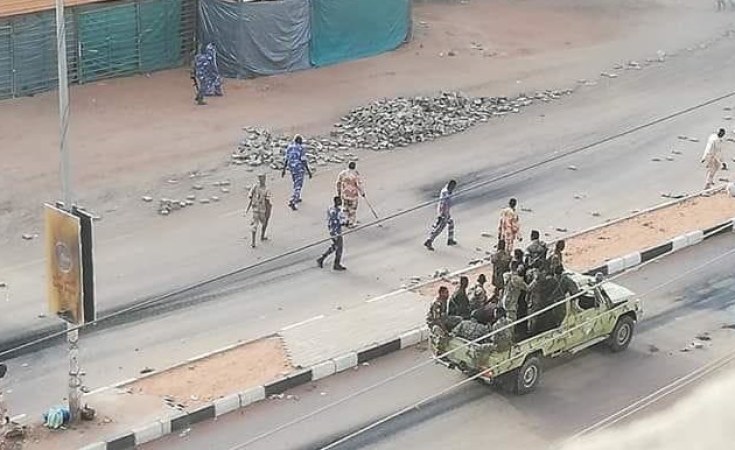 Khartoum — Sudan's Central Statistics Bureau has acknowledged rising inflation in Sudan, where ordinary people have been struggling to make ends meet for months. This has been highlighted in the run-up to Eid El Adha (the Muslim Feast of the Sacrifice) on Sunday.

In a statement via the official Sudan News Agency (SUNA), inflation in Sudan rose to 52.59 per cent in July comparable to 47.68 per cent in June and 44.95 per cent in May.

The Central Statistics Bureau attributed the rising of inflation to the increase of prices in food commodities such as sorghum, wheat, rice, meat, and cereals.

Manager of Central Statistics Bureau, Karam Abdelrahman, said earlier that the proportion of inflation had been "relatively stable during 2019".

He claims that inflation is now lower than in 2018, and Abdelrahman expressed hopes for reaching single digits during the coming period.

He explained that the prediction previously was that the inflation wouldn't have surpassed 43 per cent for last July, but he said the big increases of prices in food and various commodities intervened in inflation. Increases in education fees and school requirements prevented achieving single figures.

Radio Dabanga has been reporting for months that banks across Sudan have limited cash withdrawals, becoming worse in the run-up to the overthrow in the Al Bashir regime in April.

The printing of new currency denominations of SDG 100, SDG 200, and SDG 500 by the Central Bank of Sudan has been necessitated by hyperinflation, coupled with a chronic shortage of hard cash. Banks have limited cash withdrawals so traders and the public prefer to keep their cash at home, rather than deposit it into banks.

Over the past few months, as the value of the Sudanese Pound has dropped steadily against the US Dollar. In December 2018, the Central Bank of Sudan issued a decision to set the limit of cash withdrawals by bank cards at ATMs at SDG 20,000 ($421*) a month.

* As effective foreign exchange rates can vary in Sudan, Radio Dabanga bases all SDG currency conversions on the daily US Dollar rate quoted by the Central Bank of Sudan (CBoS)

Under Secretary for Political Affairs Meeting with Women and Youth Leaders

Sudan Interim Govt Must Adopt a Strict Code of Conduct - TMC
Tagged:
Copyright © 2019 Radio Dabanga. All rights reserved. Distributed by AllAfrica Global Media (allAfrica.com). To contact the copyright holder directly for corrections — or for permission to republish or make other authorized use of this material, click here.