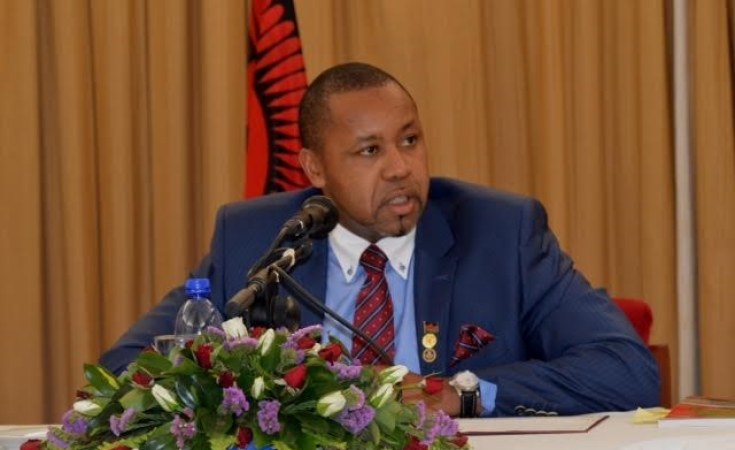 At the start of second day of historic presidential elections nullification petition case lawyer for the first petitioner Saulos Chilima of UTM Party asked the panel of five High Court of Malawi judges sitting as the Constitutional Court to scrap the translations from English to Chichewa, the national lingua franca and also limitation of cross-examining in order to expedite the case to an ambitious 12-day period to conclude trial.

The private practice lawyer Marshal Chilenga raised an objection concerning what he calls are poor standards of translation which brought mixed results on the first data as, in some cases, the interpreters took extended periods to translate from English submissions.

The court introduced interpreters for the public to follow proceedings as the case proceedings are being broadcast live on Times Radio, Zodiak Broadcasting Station, MIJ FM Radio, and Malawi Broadcasting Corporation.

On the first day in some cases, the five interpreters who took turns had to be rescued by lawyers.

In his objection, Chilenga further called upon the court to shorten the period of cross-examination to ensure that the court adheres to its set period of hearing.

Responding to Chilenga's objections, lawyer Charles Mhango, representing first respondent President Peter Mutharika, argued against the scrapping off the translation, saying the public has an expectation that since the court granted permission to broadcasters to air the hearing, the public has a legitimate expectation to be allowed to follow the proceedings.

Mhango asked lawyers to minimise use of jargons "or indeed where there is absolutely necessary where a jargon cannot be avoided, then the counsel should attempt to help interpreters in the meaning of the terms they have used."

He also argued against limiting time frame for cross examination, saying it's very dangerous for the lawyers not to be allowed to "leave no stone unturned" in asking questions.

On his part, Attorney General Kalekeni Kaphale, who is representing the Malawi Electoral Commission (MEC)--the second respondent in the matter, also argued against the proposal to scrap translation.

"Instead of saying listeners out there, we are putting in the word voters. The elections were not just about the candidates but also the voters. If the elections have to be upheld the voters have to know why.

"Their only chance to participate and witness these proceedings which affect them is through the radio broadcast and as it is a well known fact that the majority of Malawians are challenged in terms of language. The translation ought to continue. If anything, perhaps, the prayer should be for better calibre of translators," said Kaphale.

On curtailing cross examination, Kaphale noted that it was "a very strange request."

Msisha argued that if the court insisted that it was a must for public to follow the proceedings, then the court could have been at obligation even to translate documentation which is being used in the case.

He argued that English is the official language of both parliament and Court and the main requirement of saving time necessitates that the translations be removed.

"Balancing the need of some expedition and the need to everyone to follow the discussions, weighs in favour of expedition because the same public wants the case expedited," added Msisha.

On limiting cross-examination, Msisha said the court should not hesitate to curtail prolonged questioning but also argued against making witnesses to read law provisions which the court should read.

In conclusion, Chilima's lawyer Chilenga said limiting cross examination is discretionary power court has and that can be used in expedited hearings like the current case.

Judge Healy Potani said the panel of judges deliberated at length the matters raised and even discussed the matter of cross examination.

He said the court will revisit the matter and make a ruling at 2 pm but said court should continue the translations until the determination.

The petitioners contends that Mutharika "won a fraudulent election" fraught with irregularities, including alleged stuffing of ballot papers with pre-marked ballots, tampering with election results sheets through correction fluid and being found in possession of result sheets at home.

Judgment Day Set for Malawi Election Case
Tagged:
Copyright © 2019 Nyasa Times. All rights reserved. Distributed by AllAfrica Global Media (allAfrica.com). To contact the copyright holder directly for corrections — or for permission to republish or make other authorized use of this material, click here.