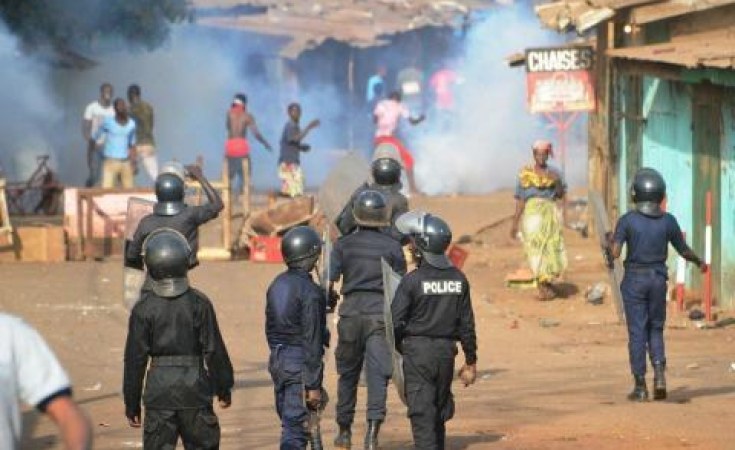 The U.N. refugee agency is urging countries to provide international protection and asylum to people fleeing the increasingly chaotic conditions in Mali.

The country's 2015 peace and reconciliation agreement has all but collapsed as several rebel groups affiliated with a loose coalition of militias have failed to respect its provisions. The U.N. refugee agency says the armed factions and Islamist extremist groups operating in the country have been escalating the fighting.

The conflict, which had been mainly waged in northern Mali, has spread to the central Mopti region and some parts of the southern region. Government authorities and institutions are largely powerless to stop the increasing turmoil, according to the U.N.

"The crisis has a devastating and disproportionate effect on Malian children," Mahecic said. "Children are being forcibly recruited by armed groups, kidnapped and killed. More than 285,000 children are being denied education due to school closures."

The UNHCR has issued new protection guidelines in light of the deteriorating humanitarian and security situation in Mali. The guidelines are meant for anyone involved in adjudicating asylum claims from Malian nationals, Mahecic told VOA, adding that people fleeing violence in Mali should be given protection.

"Nobody from these conflict-affected areas should be forcibly returned to Mali and also ... the remaining parts of the country should not be considered as an appropriate alternative to providing asylum until the security, the rule of law and the human rights situation in Mali has significantly improved," he said.

Mali has been in turmoil since a separatist uprising in 2012 overthrew the country's president.  The UNHCR says nearly 140,000 Malian refugees have fled, mainly to Burkina Faso, Mauritania and Niger, since 2013. More than 52,000 are internally displaced.

The United Nations says nearly 200 of its peacekeepers have been killed in the last six years, making Mali the deadliest peacekeeping operation in the world.