East Africa: Strict and Focused, but Kagame's Efficiency Is Yet to Be Felt in the EAC Bloc 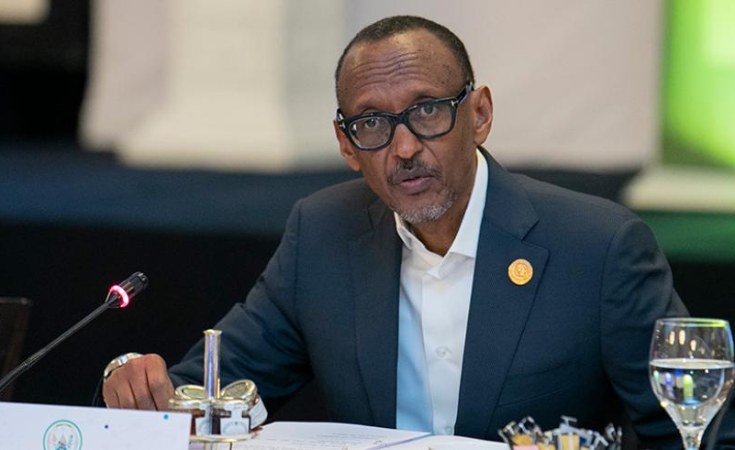 Known for his strict, focused and result-oriented management, expectations were high when Rwandan President Paul Kagame took over the leadership of the summit of the East African Community in February.

President Kagame had also just completed a successful tour of duty as chairperson of the African Union, during which the African Continental Free Trade Agreement was signed and the continent launched a single aviation market.

President Kagame spearheaded reforms that were meant to wean the body off donor funds and enable partner state to sustainably finance the bloc's activities. President Kagame's achievements at the African Union made him the most appropriate candidate to chair the EAC.

Rwanda's term ends in November this year when the bloc will also be celebrating 20 years since the Treaty to re-establish the EAC was signed. But the old EAC problems persist.

At the time of Rwanda's takeover, there were several promising integration projects that had stalled, including fresh common external tariffs, the economic partnership agreement (EPA) with the European Union, the push for a more sustainable financing model for the EAC, the push to phase out secondhand apparel and the Monetary Union roadmap.

These projects remain unimplemented. Indeed, the member states want to start discussions on the process of revising the timelines for the operationalisation of the single currency regime.

Mwambutsya Ndebesa, the board chair of the Southern and Eastern Africa Trade Information and Negotiation Institute, says that for President Kagame to effectively work with EAC Secretary General Liberat Mfumukeko, who is from Burundi, Rwanda would have to be at peace with its neighbour.

The two countries have had icy relations after Bujumbura accused Kigali of trying to destabilise Burundi.

Kigali on the other hand accused Bujumbura of cross-border attacks and hosting those opposed to Rwandan government.

Rwanda has also had political differences with Uganda, which are yet to be resolved and are blamed for the closure of the common border.

Kenya and Tanzania have also been embroiled in trade disputes that have at times strained relations between the two countries.

Mr Ndebesa also points out that projects like the EPA, which require mediation, cannot be implemented at a time when relations among partner states are not cordial.

Of the five EAC partner states that negotiated the EPA, only Rwanda and Kenya have signed the agreement.

Rwanda's State Minister for Foreign Affairs Olivier Nduhungirehe, who is also in charge of EAC affairs said that the political tensions between Rwanda and its neighbours have affected the progress of the bloc's integration agenda.

"You cannot say you support implementation of the Common Market Protocol when people cannot move freely," he said.

In Arusha, EAC Head of Corporate Communications and public affairs Richard Owora Othieno conceded that things have been slower than they should be, blaming it on institutional problems in the bloc's structure.